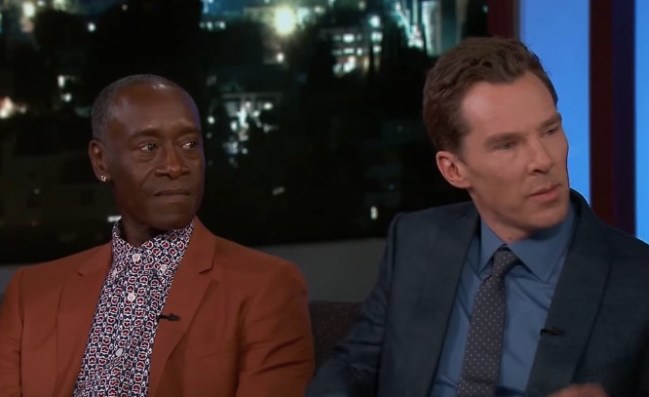 Last night, Don Cheadle, Benedict Cumberbatch, Elizabeth Olsen, and Winston Duke all appeared on the show for a few segments and during one of those interviews, Don Cheadle talked about the existence of a secret fantasy football league only open to a handful of the actors. As it turns out, Cheadle’s a member of the fantasy football league but he also wants nothing whatsoever to do with it:

Another running bit found on Jimmy Kimmel Live is ‘Unnecessary Censorship’. It’s a weekly bit where he takes news clips and bleeps them out to make the person speaking sound like they’re saying something else. In honor of Avengers: Infinity War hitting theaters, Kimmel’s crew put together a special Avengers Edition that’s pretty spectacular (IMHO) and for some reason I’ll never grow tired of watching these bleep censors: