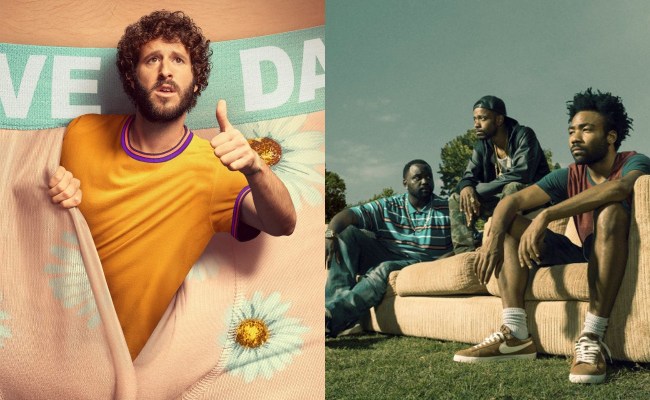 Acclaimed rapper and actor Donald Glover took to Twitter to tweet, then delete, some thoughts about people who compare his FX series Atlanta with Lil Dicky’s FX series Dave.

“And just for the record, I’m watching y’all saying Dave is on par [with Atlanta]. Like y’all forgot what we did. No disrespect,” Glover tweeted on Sunday.

“We got black people on here debating which is better and I’M the sellout?” a second tweet read before both were subsequently deleted.

What is dis hunny? pic.twitter.com/TaEwZAlFFe

During the summer, Lil Dicky himself — a.k.a. Dave Burd — addressed the comparisons in an interview with the New York Times, saying that he feels the two series are “very different show”:

“I’m a big fan of that show, I think it’s a great show. I feel like they’re very different shows.” When the interviewer responded, “I can’t think of two more similar shows,” Dicky replied, “That’s crazy. When I hear it, I don’t feel offended I feel complimented.” He continued, “I think they’re very different. I think our show is trying to be funny — a lot more jokes. Theirs is just the tonal brilliance. I see them as different shows.”

While both Atlanta and Dave air on FX and are about the life of an aspiring rapper, the two series are actually quite different, as Dave — which has aired two seasons so far — takes a far more comedic approach. Atlanta is perhaps the more critically acclaimed of the two, as the first two seasons are both rated above 97% on Rotten Tomatoes.

The second season of Atlanta aired in 2018, and the third — which recently wrapped production — is set to air in the “first half” of 2022, according to FX President John Landgraf. Season four of the hit series as also been greenlit and is currently in production. As for Dave, the critically acclaimed second season aired this summer.