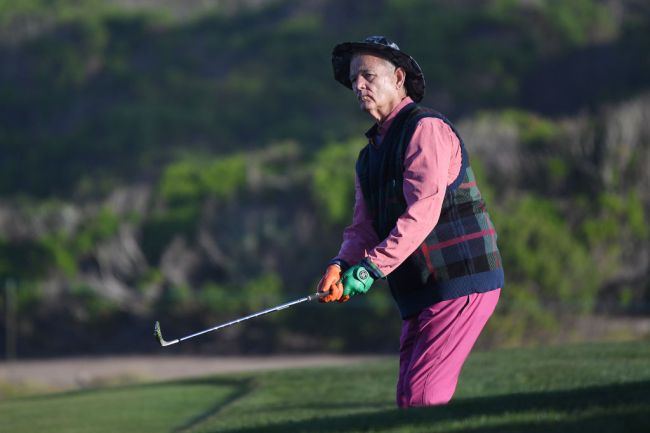 Bill Murray has a golf clothing line he named after himself called ‘William Murray.’ For the most part, the apparel is all-Bill with the designs and colors of the clothes being completely untraditional. Some would say it’s just straight-up ugly, but some of their stuff is pretty tame as well. Anyway, that’s not really why we’re here, we’re here because Mr. Murray appears to have messed up.

William Murray has an ad out there in which the Doobie Brothers’ song “Listen To The Music” is played over it. That wouldn’t be a big deal if Murray got the band’s permission or was paying them to use the ad, but that doesn’t seem to be the case.

According to Inside Hook, the band’s attorney Peter T. Paterno sent Murray a letter on behalf of the Doobie Brothers because he never sought permission to use the song. The letter is urging Murray to pay for using the song.

While it’s a legitimate legal threat, Paterno and the Doobie Brothers kept the letter on the lighter side and took some jabs at Murray’s clothing line.

“It’s a fine song. I know you agree because you keep using it in ads for your Zero Hucks Given golf shirts,” the letter begins. “However, given that you haven’t paid to use it, maybe you should change the company name to ‘Zero Bucks Given.’”

“We’d almost be OK with it if the shirts weren’t so damn ugly,” the letter concludes. “But it is what it is.”

The attorney even called out Murray and his film career, specifically his role in ‘Garfield.’

“This is the part where I’m supposed to cite the United States Copyright Act, excoriate you for not complying with some subparagraph that I’m too lazy to look up and threaten you with eternal damnation for doing so. But you already earned that with those Garfield movies.”

Bill Murray receives a legal demand from the Doobie Brothers. And it’s everything you’d want it to be… pic.twitter.com/R1L99yZSBj