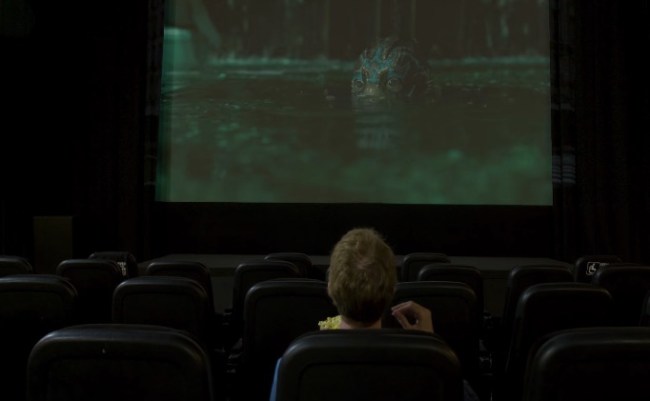 Doug Jones is the most famous actor you’ve never seen. He’s spent his entire career behind a mask or hidden underneath multiple layers of makeup and costumes. But he’s also been an integral part of some of Hollywood’s biggest blockbusters including the Amphibian Man in The Shape of Water which is currently nominated for all the awards.

He was also the Silver Surfer in Fantastic Four: Rise of the Silver Surfer. He played Abe, Hellboy’s sidekick in Hellboy and Hellboy II. Doug was in Men In Black II, Hocus Pocus, Batman Returns, and Tank Girl. In total, Doug Jones has over 150 film and TV credits on IMDB but you’d never recognize him because he’s spent his entire career hidden. It all started with getting cast in a series of McDonald’s commercials back in the 80s that typecasted him as the tall/skinny guy who moved well in a mask and outfit and didn’t complain about it. Here’s his story:

As a successful actor, being able to walk down the street without anyone recognizing you has to be one of the most liberating things imaginable. Sure, he’ll never get paid $10 million for a film because nobody knows who he is but he’s still living the life of a successful Hollywood actor and he’s starred in a film, The Shape of Water, that’s nominated for 13 Academy Awards including ‘Best Motion Picture’.