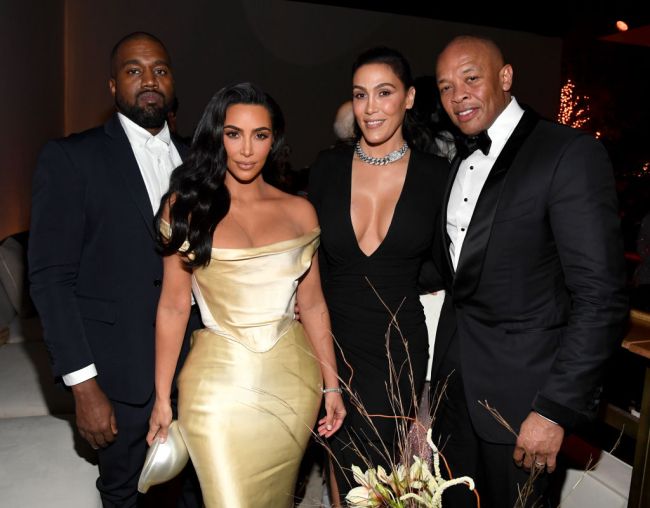 Dr. Dre’s estranged wife Nicole Young is being investigated by the Los Angeles Police Department for embezzlement, TMZ is reporting. This is the latest kerfuffle in the tempestuous divorce between the couple who had been married for 24 years before filing for divorce in June.

The accusations of embezzlement come from one of Dr. Dre’s business partners. Larry Chatman, who is the head of production at Dre’s Aftermath Entertainment, allegedly filed a police report in Los Angeles claiming that Young stole a total of $385,029 from a business account during two transactions. A few weeks ago, Chatman alleged in legal letters that she had embezzled money from Dr. Dre’s company.

Nicole Young’s attorneys have deemed the embezzlement claim as a PR stunt and an attempt to smear their client, adding that she has done absolutely nothing wrong during their divorce.

She is reportedly living at Dre’s Malibu mansion, estimated to be worth as much as $25 million. Nicole has allegedly claimed ownership of the mansion.

A judge ruled against Nicole’s extravagant demands. She reduced her demands to only $1.5 million, but that was also thrown out of court. The judge also dismissed Young’s request to have the rapper pay her lawyer’s fees, estimated to be approximately $5 million.

Young alleges that she is receiving death threats because the divorce has gotten so much negative press.

Nicole’s legal team alleges that she is “having difficulty paying her bills” and that Dre has “been exerting financial control” over her by “ordering his agents to scrutinize her bills” before he agrees on paying them.

The couple have two children together.