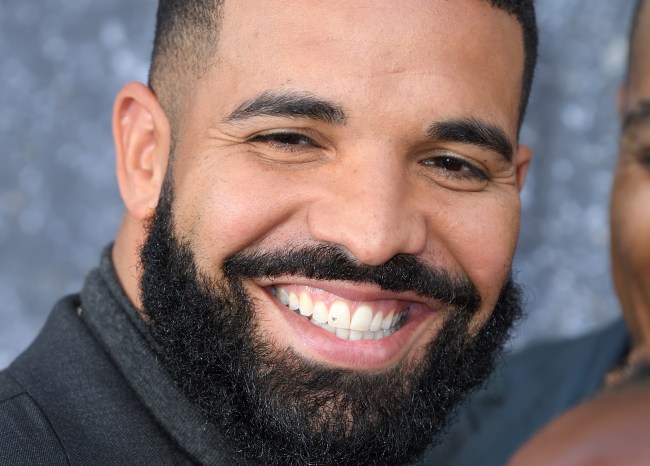 Tyler, The Creator’s Camp Flog Gnaw fetsival was held over the weekend at Dodger Stadium in Los Angeles. It’s a unique music festival in the sense that all of the artists performing were handpicked by Tyler, The Creator and they’re a reflection of his musical interests, friends, and all of the above.

It is a 2-day festival and this year the lineup included artists 21 Savage, Brockhampton, Da Baby, Juice Wrld, Goldlink, Solange, and many others. Listed on the festival’s lineup page was blank square with ‘???’ between 21 Savage and Blood Orange. For some reason, every fan in attendance took this to mean that Frank Ocean was going to show up and perform.

Maybe he was. Maybe he wasn’t. Maybe something came up at the last second and Tyler, the Creator had to call in a favor. Whatever happened behind the scenes, it was Drake who showed up on stage and the ungrateful ass fans at the Camp Flog Gnaw festival booed him off stage.

Drake could clearly hear the boos and sense the energy from the crowd. The disrespect here is insane. I’ve seen Drake perform at a club in Miami and he puts on a hell of a show, as good as any live rapper, but the fans weren’t having it and they rained disrespect on Drake and Tyler the Creator, a friend of Drake’s, and the guy who asked Drake to perform at his festival.

Drake: “I’m here for you tonight. If you want to keep going, I will keep going. What’s up?”

Some fans boo loudly. One yells “No!”

Drake seemingly cuts his set short & ends the show there. “It’s been love.”pic.twitter.com/n1BYrvLThc

A lot of people on Twitter were quick to point out that Drake didn’t deserve the hate and disrespect the angry fans who expected to see Frank Ocean on stage.

the crowd at camp flog gnaw waiting for frank ocean to come out after booing drake off the stage pic.twitter.com/Y3K1kaC0TM

This was like 15 mins after Drake walked off and everybody realized Frank wasn’t coming, listen to this man scream 😭 pic.twitter.com/79NOgt8at7

Seeing lots of video of Drake getting boo’d at Camp Flog. It sucks because Tyler books this festival himself. The lineup reflects his personal tastes and these are artists he usually has relationships with (Tyler asked Drake to do it as a favor). The disrespect is astounding.

The thing about Drake is I can’t imagine the hate and boos manifesting itself in any other way than him hitting the studio and dropping some bangers. He works as hard as anyone in the business when it comes to putting out new music and this definitely seems like it’ll be a catalyst for some new tracks.

Hundreds of people have already said this but I’ll say it one more time, Drake deserved a lot better than those fans booing him for no reason other than they thought Frank Ocean was coming out. Shame on them.