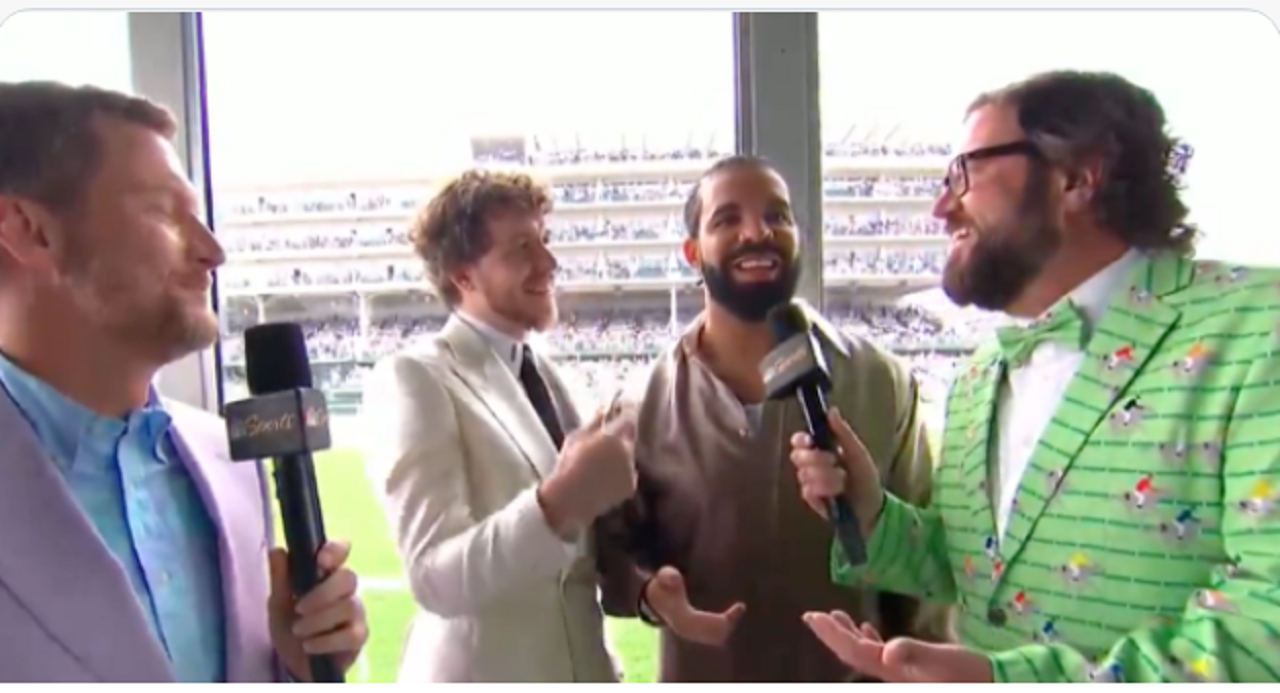 Drake appeared to be really enjoying himself at Churchill Downs.

During Saturday’s Kentucky Derby, a tipsy Drake made a surprise pop-in while Jack Harlow was being interviewed during the NBC broadcast.

Drake is drunk with a lot of action at the Kentucky Derby with Jack Harlow 😂
pic.twitter.com/0aZOaazfoe

Drake went on to mock NBC producers who attempted to cut to a commercial.

“You’re giving the wrap it up sign but what are you gonna cut to? Some manicured grass?” pic.twitter.com/oOQ0IgcXVZ

Gotta wrap it up, so we can… get to something else meaningless pic.twitter.com/h2kuFAbvxR

Apparently, Drake and Harlow made their way to the Derby to film a music video for their “Churchill Downs” song.