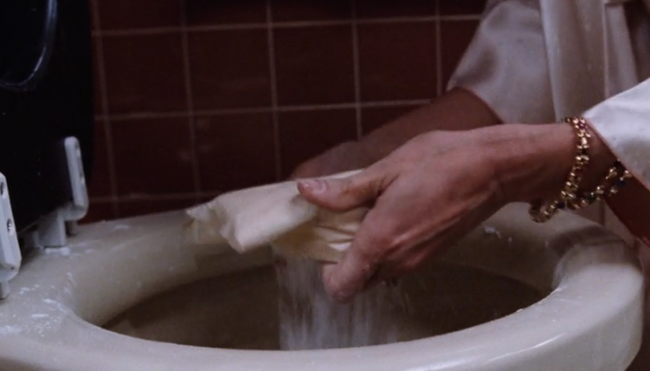 I may not have any hands-on experience when it comes to making a living by selling large quantities of illegal drugs on the black market, but I have watched a ton of movies that revolve around that particular profession. As a result, I like to think I’m fairly well-versed in the day-to-day logistics and operational issues you tend to encounter when you’re in that line of work.

Based on what Hollywood has taught me, it’s that any drug dealer worth their salt is constantly prepared for the worst-case scenario and has a predetermined strategy in place they can turn to if things end up going south. For example, if you find yourself tasked with guarding a stash house, it’s not going to hurt to have a contingency plan you can deploy if a bunch of cops suddenly start banging on the door.

Earlier this week, the occupants of a home in the Canadian town of Newmarket were confronted with that exact situation when the York Regional Police executed one of three raids they conducted in connection to an investigation into a trafficking ring in Ontario. According to a report the department released in the wake of the busts, one of the suspects took a page out of the Goodfellas playbook and attempted to pull a Karen Hill by flushing a bunch of cocaine down a toilet.

Unfortunately, they ultimately befell a similar fate as the guy in Enter The Void, as the toilet was unable to accommodate the dozens of coke-filled baggies that greeted law enforcement officials when they entered the bathroom.

FIREARMS AND DRUGS SEIZED IN VAUGHAN- Investigators have laid charges & seized guns & drugs following an investigation in Vaughan.  Also, as an important tip, trying to flush a lot of coke might just clog the toilet.https://t.co/i81RtZdF7D pic.twitter.com/TlPzZUTvk3

When you consider police also found a bunch of heroin, crystal meth, and fentanyl after searching the home (in addition to a collection of weapons), the person who tried to flush the cocaine probably would’ve been screwed even if they’d had access to an airplane toilet, but it was still nice of them to give other drug dealers a chance to learn from their mistake.