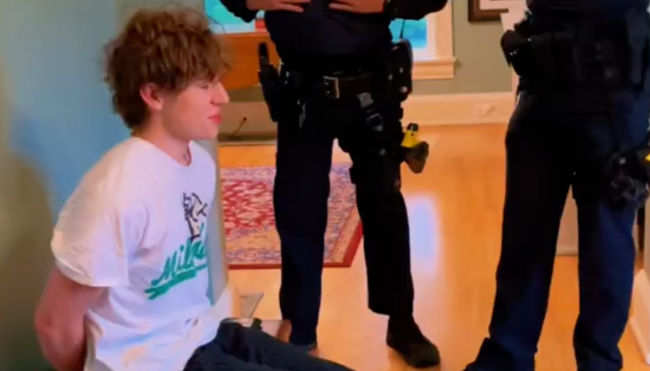 There aren’t many things more terrifying than waking up after blacking out following a night filled with alcoholic beverages and bad decisions than opening your eyes and realizing you have no idea where the hell you are.

A couple of weeks ago, I unexpectedly had to throw a crazy dude who randomly attacked a buddy of mine into a pile of bikes in New York City. However, the panic I felt in that moment had nothing on what I experienced when I was in college and woke up on a couch in an apartment I’d never been inside dressed in clothes that weren’t mine.

Thankfully, the kind soul who treated me to a change of attire and a place to crash after I ralphed all over myself helped me piece the night back together and even let me keep the shirt to replace the one I left behind with the dignity I was also never able to recover. They were also nice enough to not document one of my weakest moments for the world to see, which was unfortunately not the case for a guy who recently found himself in a similar situation in Wisconsin.

Over the weekend, a group of police officers from Montana staying at an Airbnb in Milwaukee woke up after hearing some strange sounds in the middle of the night only to discover a random dude passed out in a bed inside the home. After giving the guy the rudest awakening possible by putting him in handcuffs, they called local law enforcement to help handle the situation while making sure to record the entire thing for TikTok clout.

According to ABC7, police declined to press charges against the unidentified teenager, who was apparently in a state of inebriation that prevented him from realizing there was a reason he was having so much trouble getting into the house he presumably assumed was his.

I love a story with a happy ending.