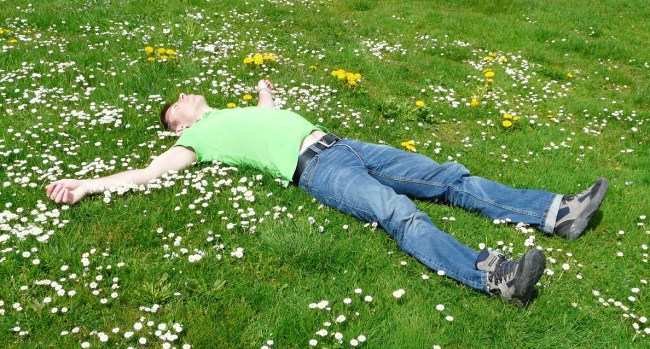 Trying to wash clothes in the toilet, pouring baby formula into their coffee, and texting their boss thinking it was their partner’s number are among the funniest things parents admit to doing when they’re tired and burnt out.

While some tired parents may identify with those who say they’ve spent time waiting for a stop sign to turn green, started cooking dinner at breakfast time and even driven to their workplace… with the kids still in the back of the car.

A new study of 2,000 parents found that parenting can be flat out exhausting, and it’s basically its own full-time job.

According to the study, the average parent spends over 33 hours a week directly on parenting-related tasks, such as taking the kids to school/activities, playing, and cooking meals.

And with the 73 percent of parents who are also employed spending another 36 hours at work, the results found the average parent gets only 55 minutes of time to themselves every week.

The survey, conducted by OnePoll on behalf of online mattress company Nectar Sleep, also revealed that of the precious little time parents have to themselves every week, they spend only a third of it actually relaxed (31 percent), or just 17 minutes a week.

According to the results, men get the lion’s share of the free time between the couple, getting over 20 minutes more on average (70 minutes to 48 minutes).

One staggering result noted that 10 percent of parents say they’ve actually gone a month or longer without getting ANY free time to themselves.

According to the results, parenting can be quite a demanding job. And with free time being hard to come by, parents sometimes have to create it themselves.

When they do sneak off, parents will spend that time scrolling through their phone (42 percent), watching TV/movies (28 percent), or taking a clandestine nap (26 percent).

Getting that little bit of extra time to themselves to relax is incredibly important, especially when you consider the fact that over half of parents (57 percent) say that being a parent has negatively affected their quality of sleep.

“While most people are aware that parenting is a demanding job, we wanted to dig deeper,” noted Craig Schmeizer, co-founder of Nectar Sleep. “With so many parents needing time away from their kids and admitting that their children contribute to sleepless nights, we’re more committed than ever to delivering affordable, quality sleep to parents across the country.”

Busy parents have so much on their plate that it’s imperative to stay fueled up. The average parent will drink about 12 cups of a caffeinated drink a week, or about two entire bathtubs full every year.

That extra bit of fuel is definitely important, too, because according to the results, parents only get an average of 6 hours of sleep a night, and one in five parents (20 percent) report they sleep very badly and get very little sleep.

Another one in five parents admits they are frequently kept up at night simply worrying about their children.

“While there is no way to stop parents from worrying about their children, we know we can help them get the most of the downtime they do get, both by educating our customers about the importance of sleep and making the most comfortable memory foam mattress on the market,” said Schmeizer.