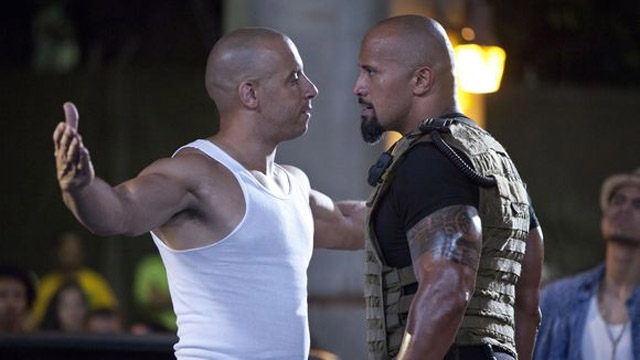 The feud between Dwayne Johnson and Vin Diesel appears to finally be over. The Rock issued a heartfelt “thank you” to everyone who supported his movie Hobbs & Shaw, including his former Fast and Furious co-star turned enemy Vin Diesel.

Hobbs & Shaw has made an extraordinary $752 million at the worldwide box office, and The Rock took to Instagram to thank everyone who helped make the Fast and Furious spin-off a major success. Johnson also teased that he may return to the original Fast and Furious franchise, despite beefing with Vin Diesel.

In the Instagram video, The Rock put aside the bad blood between him and Dominic Toretto.

“Lastly, but not least, I want to thank brother Vin (Diesel) for your support of Hobbs & Shaw,” Johnson said in the video. “I saw your post and I appreciate it. As you know, and what a wild ride this is and what a wild ride this has been, 10 years ago when you and I spoke, you invited me into the Fast and Furious family. I’m grateful for that invite. And as you know, my goal was always, all these years, to come into the Fast And Furious world and help elevate the franchise in any way that I possibly could.”

Johnson then teased a potential return to Fast & Furious at the side of Vin Diesel: “And of course, all roads lead to one thing. I’ll be seeing you soon, Toretto.” If The Rock came back for Fast and Furious 10, that would make the film extra special if the gang got back together including Tyrese Gibson and played nice. Plus, it would make everyone a ton of money. Fast & Furious 10 is expected to be released in 2021.

Vin Diesel is currently shooting Fast and Furious 9, which is supposed to be released in 2020 and Dwayne Johnson is not a part of. The Rock will likely star in a Hobbs & Shaw sequel.