See The Man In This Photo? It’s NOT Dwayne ‘The Rock’ Johnson — We Swear 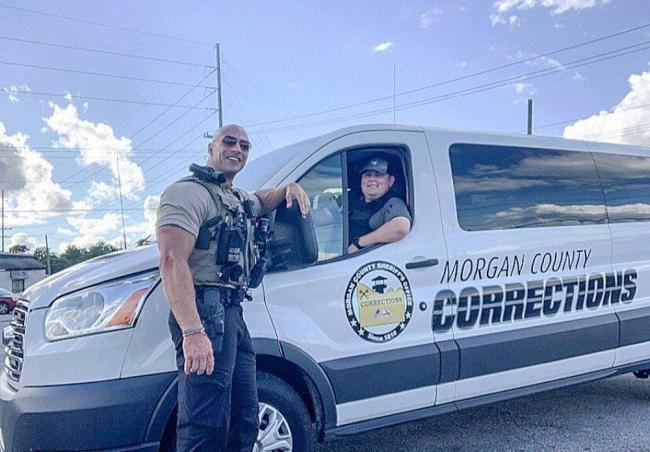 I know what you’re thinkin’: that’s gotta be The Rock on the set of a yet-to-be-announced sequel to Walking Tall. That is the last time we saw him play a sheriff, after all.

But alas, it’s not. I repeat, the person you’re looking at in the above photo is NOT international movie star Dwayne “The Rock” Johnson, it’s an Alabama police officer named Eric, who’s going viral for his similarities to the Most Electrifying Man in Sports Entertainment

According to AL.com, 37-year-old Morgan County Sheriff’s Office patrol Lieutenant Eric Fields has worked for the sheriff’s office “for 17 years including at the jail, in investigations, in the special victims unit and with drug-endangered children before being sworn in as a Deputy U.S. Marshal.”

Fields said it’s been “a running joke” for a few years now, but the comparisons don’t even stop at Johnson. “I’ve been called The Rock and Vin Diesel’s love child,” Fields said. “I go along with it. It’s humorous. It’s flattering. It could be worse people, I guess.” [via AL.com]

There are definitely worse dudes to be compared to than one of the most popular people on the planet.