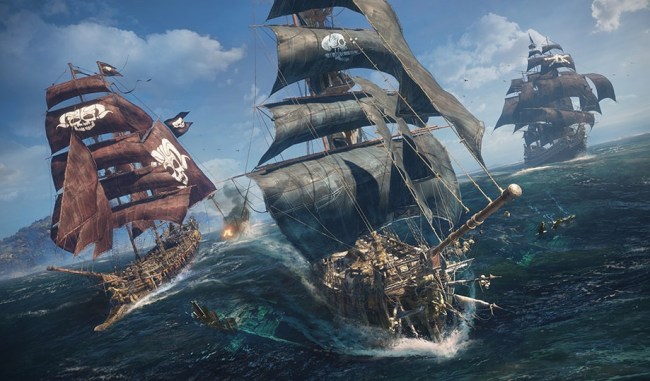 Another day, another batch of very cool new footage of upcoming video games from E3 2018 including the long-awaited Skull & Bones from Ubisoft.

On the plus side, once again they have released some new footage and even gone so far as to allow gamers to now sign up for a Beta version of the title (here).

Several other video game titles also saw new footage revealed in addition to what we have already shared.

Cyberpunk 2077 is a narrative-driven, open world RPG set in the most vibrant and dangerous metropolis of the future — Night City. You play as V, a hired gun on the rise, who just got their first serious contract. In a world of cyberenhanced street warriors, tech-savvy netrunners and corporate life-hackers, today is your first step to becoming an urban legend. Cyberpunk 2077, from CD PROJEKT RED, creators of The Witcher 3: Wild Hunt, is set in the same universe as Mike Pondsmith’s classic pen and paper RPG system, Cyberpunk 2020. Release date: December 28, 2018.

While not exactly “new,” Defiance 2050, set for release on July 10th, is an update to the 2013 MMO TPS game by Trion Worlds. Instead of a sequel, the developers say that they will continue to update the game with new content and that Defiance 2050 will be a remake of the game built to take advantage of the improvements to current gameplay systems. Sign up for the free Beta version here.

Another game inspired by a classic pen and paper RPG, Call of Cthulhu, revealed its trailer at E3.

1924. Private Investigator Edward Pierce is sent to investigate the tragic death of the Hawkins family in their imposing mansion on the isolated Darkwater Island, off the shores of Boston. Between unfriendly locals and dubious police reports, it becomes clear there’s more to the case than meets the eye. Soon enough, Pierce is plunged into a terrifying world of conspiracies, cultists, and cosmic horrors…

Soulcaliber VI, set for a October 19, 2018 release, dropped a new story trailer at E3 this week.

Taking place in the 16th century, revisit the events of the original Soulcaliber to uncover hidden truths. Soulcaliber VI tunes the battle, movement, and visual systems so players can execute visceral and dynamic attacks with ease.

No release date has been announced yet for Hyper Sports R.