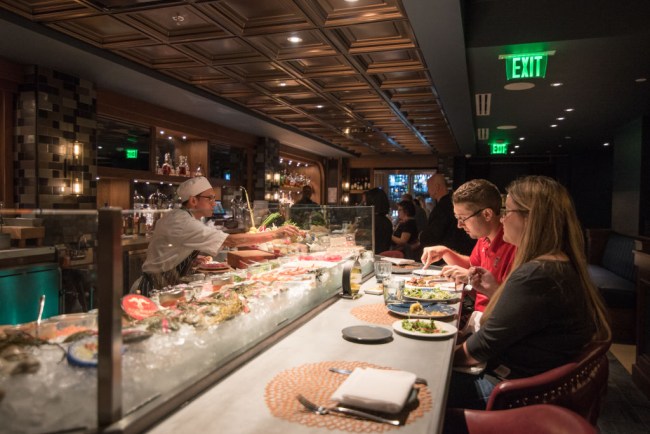 Not to brag or anything, but I ate food in a restaurant last night, an actual restaurant. I sat down at a table other than my own, a waitress served me and I ate food that somebody else prepared. I also woke up this morning, which was awesome.

I live in New York City, but fled the danger zone on March 17, about a week before shit really hit the fan in Manhattan, and flew back to my hometown in Tennessee.

Obviously, the virus is affecting certain areas of the country differently than others and before you start yelling at your screen, I’m talking about going out to dinner in a city of 65,000 people that is in a county that has had a total of 156 confirmed cases and one death as of May 13.

‘Essential businesses’ were shut down for the majority of my trip back home, but restaurants in the county were given the option to re-open at 50% capacity on April 27 and you best believe restaurants opened their doors.

Prior to restaurants opening it was home-cooked meals, a ton of grilling out plus some take out and for a while, you almost forget about the act of sitting down at a restaurant and enjoying a meal. Without the option of actually being able to go to a restaurant you don’t really think about it, you don’t miss putting on actual pants and a stainless shirt to go out in public. However, when the green light came for restaurants to re-open you snap out of that mindset and realize you haven’t been inside a food establishment in almost two months.

I waited as long as I could, but couldn’t resist actually doing something in public so I decided to dine-in.

When it comes to restaurants re-opening, it’s pretty simple to pick out which types of places would be the ‘safest’ and which ones you may want to stay away from for a while.

Every town has its cleaner spots and their more questionable spots of course, but beyond that, you’d think maybe something simple like an Italian restaurant would be a safe bet. You’ve got pasta going into boiling water, some sauce and a side salad; simple enough.

On the flip side, a sushi joint would probably be the last spot you’d want to go to. You’ve got raw fish and strangers literally using their hands to make your food, plus, let’s not forget I’m in a small town in Tennessee.

When you’ve been deprived of eating out at restaurants for two months though you don’t go the easy route, you go all out and you go to that sushi place in Tennessee.

And you know what, the experience was magical.

The simple act of walking through the door even got the heart rate going a little bit, but everything settled down as soon as we were seated.

It’s a large restaurant but only had around 10 other people in it. We had planned to sit at the actual sushi bar itself, it was off-limits which makes sense seeing as how they probably don’t want strangers three feet from the spot their preparing food.

All of the restaurant staff were wearing both gloves and masks, which I’m not going to lie, it’s pretty strange, but it’s the world we’re living in these days. They also cleaned the table prior to us sitting down so we could actually know they cleaned it.

Usually, you’d fill out your own order on a small paper menu and hand it to the waiter, but the table was completely empty; no paper, no pencil, no chopsticks, and no soy sauce.

The one thing that did sort of throw us off though were the menus. While we literally saw the staff cleaning them, just the thought of how many people’s hands had touched that specific menu was a little iffy, but we were this far into the experience so there was no turning back at this point.

Fast-forward to actually receiving our sushi, which looked and tasted fantastic, the staff already had pre-made soy sauce dishes filled so they placed that on the table for dipping purposes.

I’m not going to say that it wasn’t an eye-opening experience to sit there and have people that look more like surgeons than waiters serve you, but all in all, it was exactly what I expected it to be. If this is the new norm for cities and towns lucky enough to have restaurants open right now, so be it. The restaurants are adjusting and so will the customers, let’s just hope all of this is over much, much sooner rather than later.