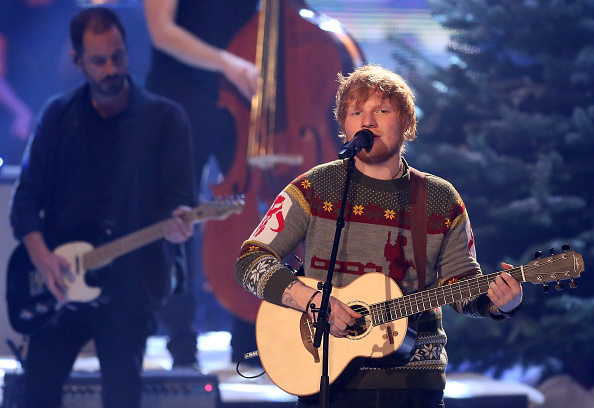 Sheeran, 26, has been dating the 25-year-old Seaborn since July of 2016. The two met each other while attending school in Framlington, Suffolk, where they both grew up. They didn’t date when they were in school, but a friend said there was a connection. “There was always something there between them. Ed had a crush on Cherry at school, but she had a boyfriend then.” Sheeran and Seaborn have lived together for over a year and have cats. “I’m really secure now. We live together and we have cats. I think when you have cats that’s kind of it,” the singer told Radio 2. Sheeran’s latest hit singles “Shape of You” and “Perfect” are inspired and dedicated to Seaborn.

It was only three months ago that Sheeran opened up about his battle with alcohol addiction. “I think you need to, when you get into the industry, adjust to it — and I didn’t adjust because I was constantly working on tour,” Sheeran said on The Jonathan Ross Show. “And all the pitfalls that people read about, I just found myself slipping into all of them. Mostly, like, substance abuse. I never touched anything. I started slipping into it, and that’s why I took a year off and buggered off.” Sheeran said that Seaborn was instrumental in helping him recover and “ground” him.