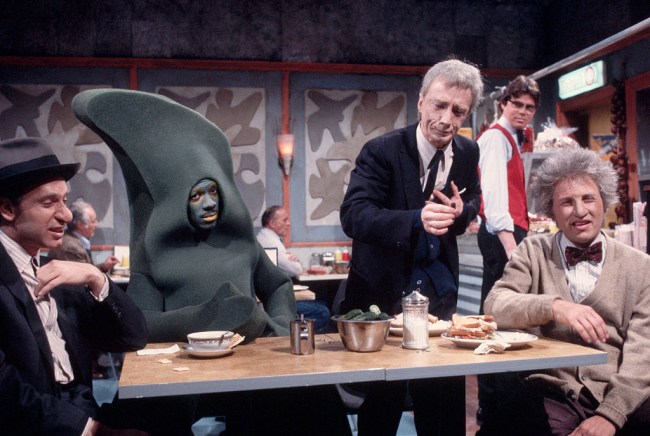 Eddie Murphy made his triumphant return to Saturday Night Live this week, and he absolutely killed it. Despite not appearing on SNL for decades, the comedic actor looked like he hasn’t missed a beat and brought back three classic characters from the 80s.

Murphy joined the SNL cast in 1980 at the age of 19, and was one of the comedians to save the sinking sketch comedy TV show from plummeting ratings and looming cancelation. Eddie grew tired of the show and happily left SNL in 1984 to pursue a Hollywood career, which was extremely successful.

Since leaving in 1984, Eddie never returned to Saturday Night Live except for a quick appearance during the show’s star-studded 40th-anniversary show when Chris Rock was giving him a tribute.

Here are three original episodes of Mister Robinson’s Neighborhood from the 1980s.

Murphy also brought back his classic Gumby character, and the Weekend Update guys got to meet the icon. Michael Che and Colin Jost were interrupted by the giant green claymation character with his catchphrase: “I’m Gumby, dammit!”

Here are three original episodes of Gumby from SNL.

Eddie Murphy also brought back his Buckwheat character, which was participating in a parody of the singing game show Masked Singer.

Here are some old school Buckwheat sketches for your entertainment.

Eddie Murphy did slip up and curse during his SNL appearance.