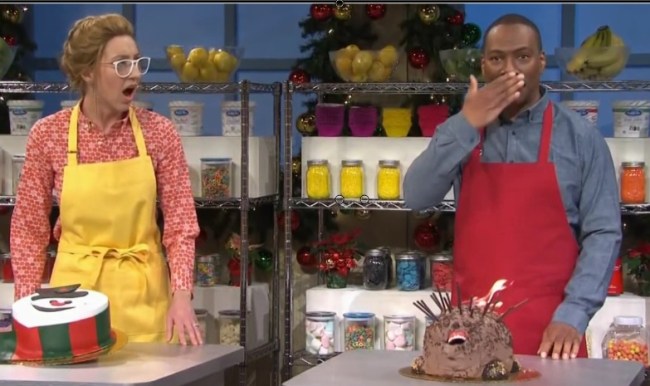 Eddie Murphy returned to ‘SNL’ for the first time in 35 years but clearly he’s not used to being on live TV anymore.

During a skit on tonight’s SNL Eddie accidentally blurted out “shit” and then instantly showed remorse by covering up his mouth.

Eddie Murphy just said ‘shit’ on SNL and realized immediately after what he had done. I love live television

Eddie Murphy is allowed to mess up and say shit. #SNL

Eddie Murphy accidentally saying shit on #SNL and then covering his mouth is a gift for all of us.

Eddie Murphy saying “shit” on SNL only validates his return.

Eddie Murphy, did you just accidentally curse on live TV while yelling at a talking cake that was on fire? #SNL #SaturdayNightLive pic.twitter.com/DudcYcKXvp