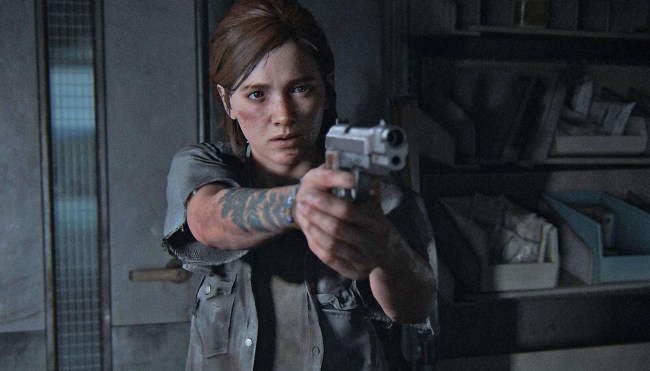 When I hear “elderly people” and “video games” in the same sentence, my mind is automatically transported to a retirement community that’s home to some incredibly fierce rivalries formed during Wii Sports bowling showdowns. However, there are still plenty of people in a later stage in life who play titles targeted at a decidedly younger demographic.

That includes 81-year-old Bruce Klein and his 79-year-old wife Karen, who decided to pick up video games as a hobby earlier this year and ultimately purchased a Playstation 4 along with a copy of The Last Of Us Part II after seeing how much critical praise the second installment in the acclaimed post-apocalyptic franchise garnered following its release.

After plenty of trial and error, the Kleins—who’ve been married for 57 years—managed to make it through the first act of the game but were unable to figure out what they were supposed to do once Ellie arrived in Seattle on her quest for revenge. At that point, Karen opted to hop on Craigslists to post an ad in search of a tutor, which eventually came to the attention of a user who reposted the call for help to the r/PS4 subreddit in the hopes of finding them a capable guide.

According to Kotaku, they eventually found a worthy candidate in the form of a 21-year-old gamer named Jesse who agreed to stop by their home for a few hours a couple of times a week to show them the ins and outs of the game’s mechanics and slowly but surely guide them through The Last of Us sequel. Things hit a bit of a hitch when their tutor began to work a full-time job, and while they’re still searching for a replacement, Bruce has become a diligent student of the YouTube walkthroughs he draws from for inspiration.

The Kleins have since decided to pivot to other shooters including Destroy All Humans and Grand Theft Auto V in the hopes of getting a better grasp of the general mechanics before turning their attention back to The Last of Us Part II. However, Bruce isn’t intent on stopping there, as he has dreams of eventually being able to hold his own against other people online in multiplayer games.