Americans Will Be Eating And Drinking To Deal With The Stress Of The Election: Poll 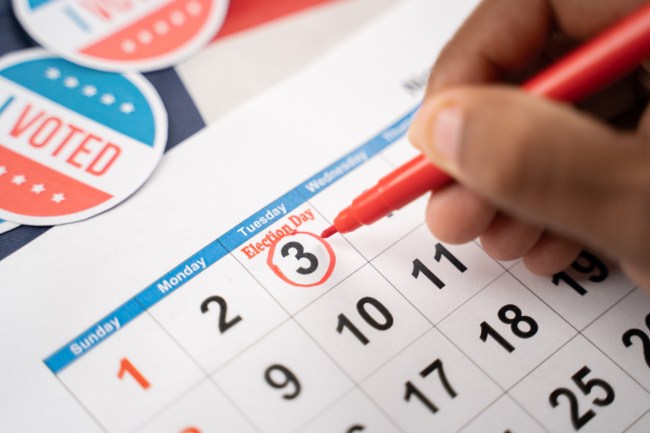 Some people will be celebrating the results of the 2020 presidential election with adult beverages, and at the same time, many people will be drowning their sorrows because their preferred candidate didn’t win the election on Nov. 3. A new poll asked Americans what libations and what kind of food people will be indulging in on election day. It sounds like Americans are going to be plastered. One thing that’s for certain is that the Wednesday after the election is not going to be a productive day.

There was a Harris poll of 2,050 American adults conducted online between Oct. 22 and Oct. 24. The survey found that 65% of respondents are already experiencing moderate to high stress over the presidential election. The survey found that 48% of respondents are more stressed about the upcoming election than past elections. There were 23% of participants that are so distraught over the results of the election that they won’t even watch the coverage, and hope to find out the election results on Nov. 4, according to the New York Post.

To deal with the increased stress, many Americans will be taking the edge off with booze. Of the anxious citizenry, 26% of respondents said they would be drinking beer, and 23% will be consuming wine. There will be 15% going hard on election night by pounding liquor. Some people said they would be going with the green party, as in smoking weed on election day.

Some Americans will be stress eating while they eagerly await the results of the election. Of the participants in the poll, 46% said they would binge on junk food. Meanwhile, 42% said they would stuff themselves with pizza to bury their election anxiety.

Concerns over the coronavirus pandemic are also worrying Americans, and it will affect their election day parties. With COVID-19 cases soaring again, 84% of respondents said they would only feel comfortable with election day parties of less than ten people. There were 16% of people who said they have no fear of throwing a poll-watching party with a lot of friends and family.