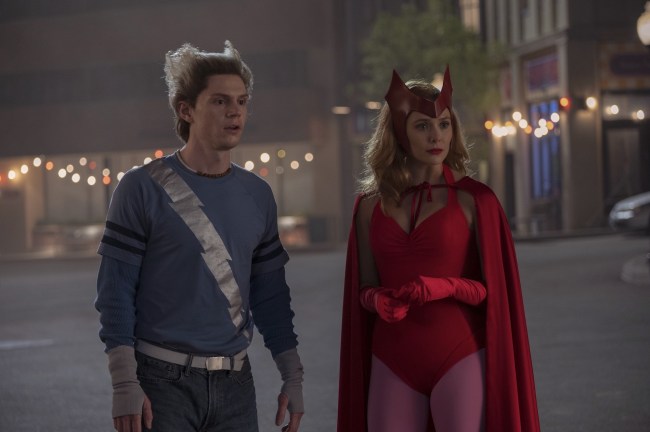 Part of the fun of consuming pop culture, particularly a television show that’s released weekly, is the discussion among the fans about the series. The theorization, the speculation, the predictions: they all combine to give you a viewing experience that’s far fuller than a simple binge-watch.

If you’re not careful, though, you can begin to conflate your theories with your expectations, creating a cocktail that’s almost certain to result in disappointment, as we saw with many WandaVision fans following the Mephisto-less finale.

To be fair to fans, we weren’t the only ones diving deep into WandaVision theories, as even the series’ star, Elizabeth Olsen, thought the arrival of Evans Peters’ Pietro meant that the X-Men were being introduced into the Marvel Cinematic Universe.

“When we heard that Evan was going to do it, my mind was blown. “This is the first time we’re merging! This is crazy!” And then to use it in such a clever way as Jac does was so satisfying. Working with Evan playing this version of Pietro [laughing] was just so fun and weird and funny and oh God, Jac I loved it so much. I’m so grateful for that.” [via Variety]

While the theories about Reed Richards popping up were always fantastical, you’d be forgiven for thinking that the arrival of Evan Peters’ Pietro meant the multiverse was about to be blown up. The creators of the series obviously knew that, as they used the moment as a bait-and-switch, ultimately revealing Pietro to be nothing more than local struggling actor Ralph Bohner. Was it a move I personally enjoyed? Not really. But then again, do we *really* want the X-Men to be introduced on WandaVision with the arrival of the vaguely annoying Quicksilver? Me either. Give us something EPIC instead.

“My mind was blown. ‘This is the first time we’re merging! This is crazy!’ And then to instead use it in such a clever way was so satisfying.”

We’re covering WandaVision, The Falcon and the Winter Soldier, and all things Marvel Cinematic Universe over on the Post-Credit Podcast, so make sure to subscribe and check that out.