Elizabeth Olsen Spoiled ‘Avengers: Infinity War’ And ‘Endgame’ Two Years Ago, But No One Realized It 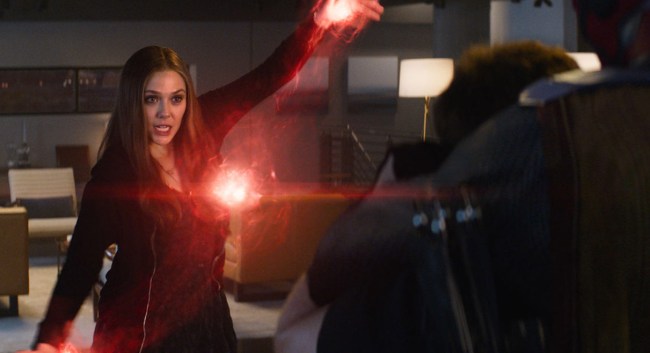 All this time we thought Tom Holland and Mark Ruffalo were the Avengers we had to worry about when it came to dropping spoilers about Infinity War and Endgame, when we really should have been keeping our eye on Elizabeth Olsen.

Ruffalo, who is so bad at not spoiling Marvel movies, said he “shot like five different endings” for Endgame and “didn’t even get a whole script” after he basically gave away the ending to Infinity War in an interview, much to Don Cheadle’s chagrin.

Holland also did not receive a full script for Endgame because of his penchant for revealing spoilers. Director Joe Russo told IndieWire about they treated him in the leadup to Endgame, “Tom Holland gets his lines and that’s it. He doesn’t even know who he’s acting opposite of. We use like, very vague terms to describe to him what is happening in the scene.”

That was never more evident than when he spoiled part of the ending to Infinity War to an entire theater of people before they watched the movie.

Little did we know that Olsen had already spoiled a couple of major parts of Infinity War and Endgame two years ago.

The person who discovered this even added clips from the movies that matched up with what Olsen was saying.

Elizabeth Olsen spoiled Infinity War AND Endgame two years ago and no one noticed pic.twitter.com/cyqMSEUeXK

Oh well, at least the entire ending the Phase 3 of the MCU wasn’t given away in a poster for the very first movie, like happened with the poster for Game of Thrones season one.