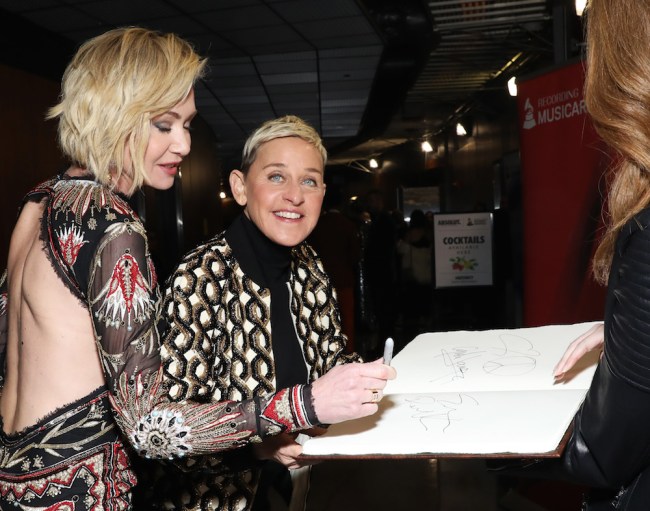 Ellen DeGeneres is having a bad 2020 unrelated to the pandemic. The TV host is getting dragged left and right recently by former employees, current crew members, and the world.

The floodgates opened about a month ago when former employees of the daytime talk host painted a picture that DeGeneres is “one of the meanest people alive.”

The thread, which at the time had over 7,000 comments, was initiated by comedian Kevin Porter. For every mean story, Porter donated $2 to the LA Food Bank.

DeGeneres never addressed the rumors, and instead, explained on her show that being inside her massive mansion was “like being stuck in jail.”

The latest story about DeGeneres’ less-than-friendly side when the cameras aren’t rolling comes from a former bodyguard hired to protect the former Oscar host, her mom, and her wife Portia de Rossi, at the 2014 Academy Awards.

Tom Majercak told Fox News this past week that de Rossi was “very pleasant and carried on a conversation” but described an experience with DeGeneres as “kind of demeaning.”

In 2014, Majercak was the senior manager of operations for Security Industry Specialists. The company has provided security for the Oscars and other high-profile companies, including Apple, Twitter, and Google.

“Ellen pretty much just gave me a side glance out of her eye and didn’t even say ‘hello,’ or ‘thank you for protecting my mother, my wife, and me,'” Majercak told Fox News, adding, “It was very cold and it was very sly and it was actually kind of demeaning in the way that she treats people other than those who are in her circle.”

Majercak kept quiet publicly about the exchange but decided to come forward when others were sharing awful stories about the TV star.

“It’s bugged me for years,” Majercak said. “I see this person come across as being very enlightened and positive and awesome, and everybody loves her and is in awe, and that’s really not the case when you meet her in person.”

In a slight defense of DeGeneres, hosting the Academy Awards seems like a gig with a ton of pressure attached, so being super nice to everyone that day might not be possible with so much on her mind.

However, the dude is protecting her mom and wife. A simple “thank you” would have sufficed.