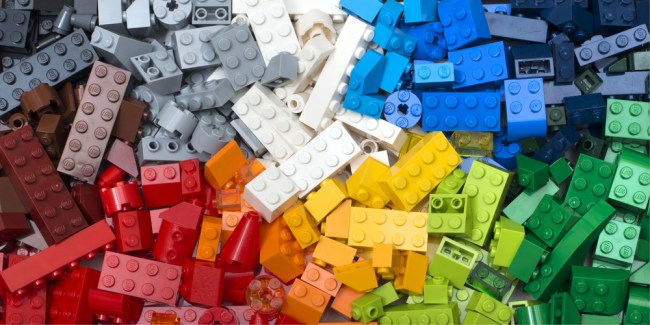 Elon Musk has a variety of businesses including colonizing Mars to launching satellites to boring tunnels to Hyperloop to electric cars to electric semi-tractor-trailer trucks to flamethrowers. The latest endeavor from the Tesla founder is LEGO-like building blocks that could construct houses. Musk started up the Boring Company in 2016, and the company’s next product is bricks that snap together like LEGOs. Is this an early April Fools’ Day joke?

The Boring Company constructs large urban networks of tunnels and is currently working on two projects in the Washington, D.C. and Los Angeles. The Boring Company has tons of rock and soil from making massive holes underground. The Boring Company plans to recycle the excavated rock to make interlocking, Lego-style bricks. The bricks are expected to be super strong and rated for California seismic activity. But they are hollow in the middle so they won’t be heavy.

Musk said that “two people could build the outer walls of a small house in a day or so.” Musk will unveil the new bricks around May and the first kit will be ancient Egypt-themed. Pricing for the Boring bricks was not disclosed.

New Boring Company merch coming soon. Lifesize LEGO-like interlocking bricks made from tunneling rock that you can use to create sculptures & buildings. Rated for California seismic loads, so super strong, but bored in the middle, like an aircraft wing spar, so not heavy.

The LEGO-like bricks have been mentioned before Elon Musk’s announcement on Twitter. “Buildings have been constructed from Earth for thousands of years including, according to recent evidence, the Pyramids,” the Boring Company’s website reads. “These bricks can potentially be used as a portion of the tunnel lining itself, which is typically built from concrete.” Let’s hope that nobody steps on one of these bricks.