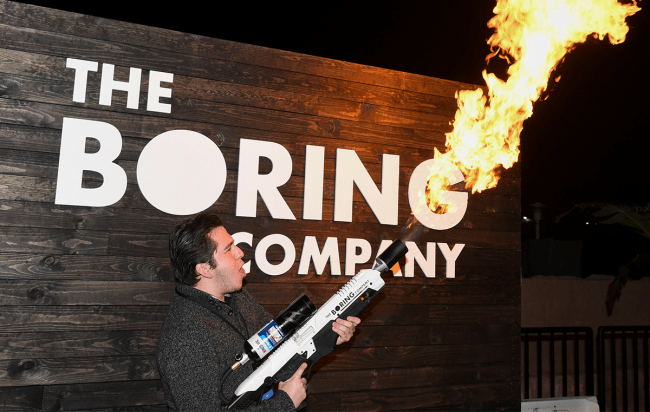 It seems like plenty of people have started to sour on Elon Musk a bit over the past couple of years, as a man many dubbed “the real-life version of Tony Stark” is now arguably best described as “a 49-year-old billionaire who spends way too much time posting memes on Twitter.”

However, I assume Elon Musk could not care less about how he’s viewed when you consider he recently dethroned Jeff Bezos as the wealthiest person on the planet, and regardless of your opinion of him, it’s impossible to deny he’s one hell of an entrepreneur.

Musk was basically set for life due to the role he played in the rise of PayPal, and while he could have easily rested on his laurels, he decided to use the obscene amount of money he earned from that venture to fund a number of others, including SpaceX and Tesla.

Around the middle of the last decade, Musk apparently decided he wasn’t happy with simply conquering terrestrial and extraterrestrial transportation, as he turned his attention to the subterrestrial space when he founded the Boring Company. At the time, he was only worth a paltry $14 billion, so he turned to some unconventional ways to raise funds—including a $500 flamethrower that helped him rake in $10 million.

In order to get around laws banning the sale of fire-spewing weapons in the state of California, Musk dubbed a device that is totally, definitely a flamethrower “Not A Flamethrower.” However, as a fantastic article recently published by TechCrunch highlights, it appears that label isn’t enough to stop law enforcement officials around the world from punishing people for owning one.

The outlet reports a number of customers who had the gadget shipped to the United Kingdom found themselves in hot water due to “Operation Viper,” an initiative intended to find illegal guns in the country that expanded its scope to track down people who possess one.

Over 1,000 people around the globe have either been fined or arrested in connection to the flamethrowers—including one man in Italy who spent multiple days in prison before finding himself back in a cell after being unable to convince a judge it wasn’t a weapon only to be informed it could result in him being locked up for 10 years (although he was eventually released).

While ownership seems to be less of an issue in America, the devices have also been seized in relation to multiple drug busts and weapons raids, so if we can learn anything from this example, it’s that simply saying “Not!” is not, in fact, a bulletproof legal defense.