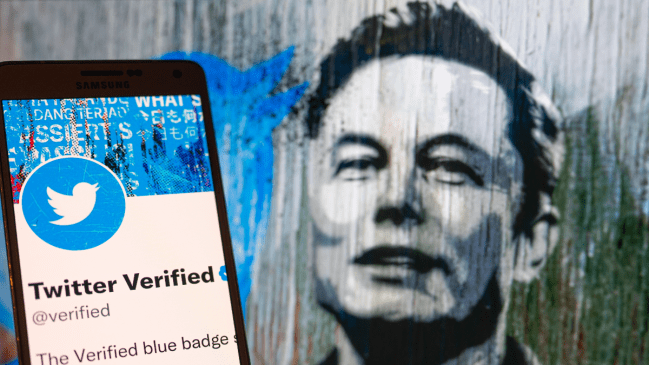 The Elon Musk-Twitter saga is a long and winding road that appears to only just be beginning.

But that doesn’t mean it hasn’t already given us an incredible amount of hilarious stories.

Musk purchased the social media giant for an eye-watering $44 billion in late October 2022. Since then, he’s come under endless scrutiny for, well, basically everything. He even put the fate of his Twitter CEO role up to a vote.

Notably, he’s remained the CEO of the company despite the results of said poll. But hey, what can you do?

Perhaps the biggest source of ire toward Musk has to do with the creation and implementation of Twitter Blue. The subscription service, which costs $8/month, gives users a blue “verified” check and access to a number of premium features.

So-called “legacy verified” accounts warned that the new feature could help continue the spread of disinformation on the site. Though Musk didn’t exactly seem too concerned about that.

Now, however, Musk is drawing criticism from those who did opt to pay for the new service.

Elon Musk Raises The Price Of Twitter Blue, Pissing Off Users In The Process

Just two months after creating the service, it appears that users are already subject to price raise, with the cost moving from $8/month to $11/month

How y’all feeling about this price raise by @elonmusk?…

This may be the end of my twitter blue sub.

The surprise hike didn’t sit well with a number of users.

Twitter quietly increases the price of Blue to $11/month

Twitter Blue price increase to $132/yr
Almost as much as Amazon Prime.

Wait, Twitter blue increases it’s price to 11 a month?!? For what?!

@elonmusk what’s up with the huge price increase on Twitter blue all of a sudden ? 🇦🇺 pic.twitter.com/iH234kWWWM

Though it appears the change may be unique to Apple device users.

Musk did not immediately respond to the concerns. But he did address others issues that users appear to have with his site.

New UI coming this week allowing easy switch between recommended & followed. Recommendations will get much better later this year.

We will also be adding simple formatting features like bold, underline & font size later this quarter.

The goal is to allow people to publish long-form natively on Twitter, rather than forcing them to use another website.

Now, I’m no expert here. But fixing things that didn’t need to be fixed before addressing large cost issues for your product seems a bit silly.

Such is the road that Elon has decided to travel. Though if he wants Twitter Blue to remain a thing, he may want to address the rising price issue at some point soon.