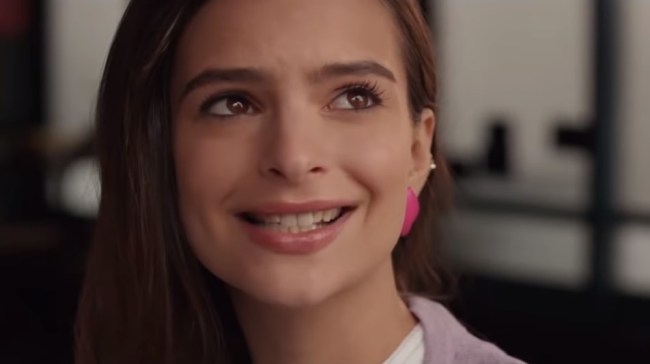 Emily Ratajkowski is going back to the ’80s as she stars in the upcoming movie Cruise and you can watch the trailer below. The 27-year-old model and actress is a good girl who has a bad girl alter-ego who falls for a bad boy from the wrong side of the tracks.

EmRata stars opposite of the 27-year-old Spencer Boldman, who played French Samuels in 21 Jump Street as well as in Disney’s Lab Rats and Zapped.

Ratajkowski plays Jessica Weinberg, a wealthy, Jewish college student who goes by her wayward alter-ego, “Francesca,” by night, according to PEOPLE. While out with friends, she happens to encounter Gio Fortunato (Boldman), a young Italian-American troublemaker from the “wrong side of the tracks.”

Weinberg is from Long Island and Gio is from Queens, but they make a connection despite geographic and cultural differences.

She is also working on future projects including Bright Futures, Lying and Stealing, and Welcome Home.

The gritty romance comes from director Robert Siegel, who wrote The Wrestler (2008) and The Founder (2016).

Cruise premieres September 28 On Demand and in theaters.