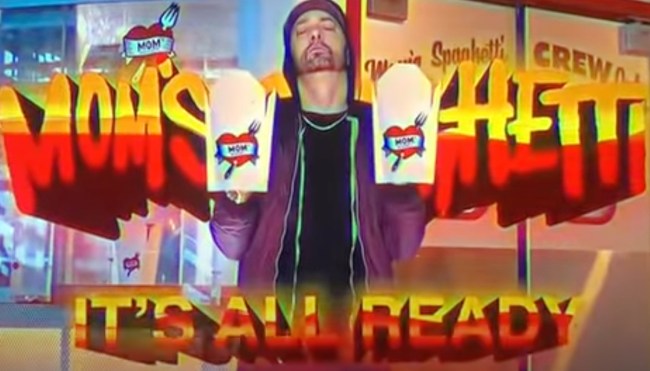 Tim Robinson got his big break when he was tapped to join Saturday Night Live before really coming into his own when he took the comedy world by storm with I Think You Could Leave. I think most people were surprised by just how big of a hit his Netflix series was, but if you were lucky enough to be introduced to the wildly overlooked Detroiters before it was canceled after two seasons, you probably knew he had an unreal amount of potential.

For the uninitiated, Detroiters stars Robinson and Sam Richardson as two lifelong friends who serve as the creative minds at Cramblin Duvet, an advertising firm that specializes in dreaming up harebrained ideas for cheesy commercials inspired by the low-budget spots for local businesses Robinson consumed while growing up in the suburbs of Motor City.

The commercials he drew from frequently featured business owners who managed to become minor celebrities because of the cult following they gained with their hokey ads, but it seems like one of the biggest names to come out of the city also has an affinity for that particular aesthetic: Eminem.

In 2017, the rapper who drew from his rough-and-tumble upbringing in Detroit for 8 Mile decided to capitalize on the popularity of a frequently memed line from the movie’s soundtrack when he threw his support behind “Mom’s Spaghetti,” a pop-up restaurant featuring a menu inspired by the pasta he talks about vomiting up on “Lose Yourself.”

Now, it would appear Eminem has decided to go all-in on the concept, as he recently popped up in a fantastically low-budget commercial advertising the opening of a more permanent Mom’s Spaghetti location in Detroit.

According to Newsweek, the Mom’s Spaghetti restaurant will be located at 2131 Woodward Avenue, and anyone who calls the number in the commercial is greeted with a message that encourages them to “order in the alley between Union Assembly and the Fillmore, then head in to find a seat next to the bodega or head upstairs to scope out The Trailer.”

“The Trailer” in question is a store designed for Eminem fans that’s seemingly opening in conjunction with Mom’s Spaghetti. It’s worth noting a number of those fans are convinced the rapper is planning to drop The Marshall Mathers LP 3 on October 1st, so while there’s a chance this could be a carefully orchestrated publicity stunt, I can’t think of a better way to plug the album than with that commercial.