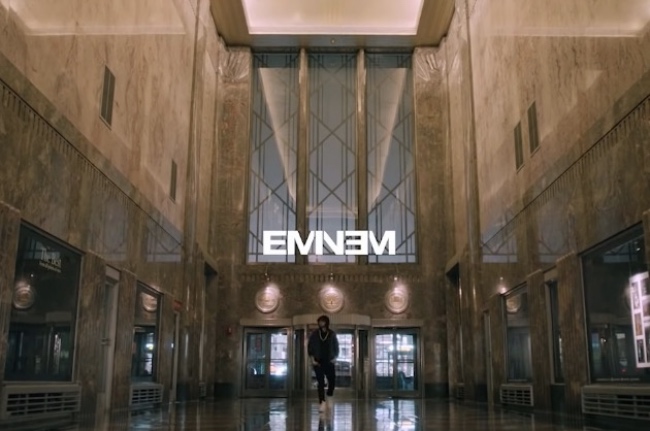 A few nights ago I started seeing a bunch of tweets from people asking what the heck was going on at the Empire State Building. There were reports of a helicopter flying circles around the building and the lights were going absolutely nuts.

Days later, we now know that it was Eminem aka Slim Shady aka Marshall Mathers performing ‘Venom’ atop the Empire State Building as part of Jimmy Kimmel Live‘s week in Brooklyn, a performance that started in the lobby and finished on the roof.

If you live in NYC or have spent any appreciable time there then you already know that the lights at the Empire State Building (ESB) are a fixture of the city. They often illuminate to honor holidays, sports achievements, etc. There’s even a Twitter feed (@EsbLights) dedicated to telling New Yorkers what color the lights will be that night.

So last week when the lights were going batshit crazy and there was a helicopter flying around a lot of people in the city were wondering WTF was going on and why there wasn’t an explanation. It was almost like that episode of 30 Rock where Jack Donaghy shot off fireworks from midtown Manhattan and the entire city thought the building was exploding because it wasn’t the 4th of July.

Someone replied to that tweet above with this one, a message from the city about the flyover:

People assumed they were filming a movie or a music video, and in hindsight, I guess you call this an Eminem music video because it’s definitely not a live performance give than it was filmed on October 7th and the footage aired on Jimmy Kimmel Live last night (October 15th).

Eminem is one of the all-time greats in the Rap game. Only a handful of artists could pull off a performance like this and Eminem’s one of them. It’s great to see him active again. Maybe, just maybe, give New Yorkers a little more heads up next time so they could at least go out on their balconies and watch.