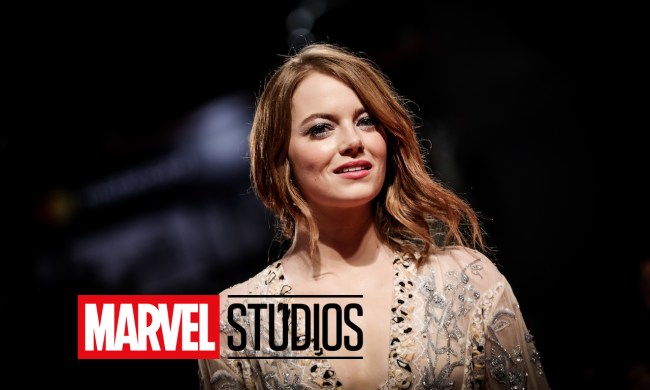 As the Marvel Cinematic Universe continues to expand, the increasingly behemoth franchise finds itself constantly in need of new talent to fill out the ever-expanding roster of characters.

Take the cast of Eternals, for example, which is made up of actors from different spectrums of fame and all corners of the planet: Angelina Jolie, Richard Madden, Kumail Nanjiani, Lauren Ridloff, Brian Tyree Henry, Salma Hayek, Lia McHugh, Don Lee, Barry Keoghan, Gemma Chan, and Kit Harington.

While Marvel Studios has seemingly snatched up every working A-list actor, there are those rare few that have yet to make the jump into Marvel Studios filmmaking (Stone previously played Gwen Stacy in those shitty pre-MCU Amazing Spider-Man movies). You know, the Leos, the Brads, etc, etc.

But, hell, if they can convince Angelina Jolie to hop on board, they can likely get anyone to join in on the MCU fun, and according to recent rumors, Emma Stone is one of those elusive A-listers that Marvel Studios is hoping to nab.

We Got This Covered has heard that Marvel is now casting for Abigail Brand, a character who should become a major figure in the franchise going forward. And according to our sources – the same ones who told us that the Inhumans will appear in Ms. Marvel – the studio is eyeing up Stone or Emma Stone-type actresses for the part. It’s unclear exactly where Brand would show up first in the MCU, but the seeds of her arrival are already being sown.

Abigail Brand, who first debuted in Marvel Comics back in 2004 and was created by Avengers director Joss Whedon, is best known for being the Commander of S.W.O.R.D. S.W.O.R.D. — which stands for Sentient World Observation and Response Department — is essentially the space division of S.H.I.E.L.D., as they specialize in  “extraterrestrial threats to world security.” 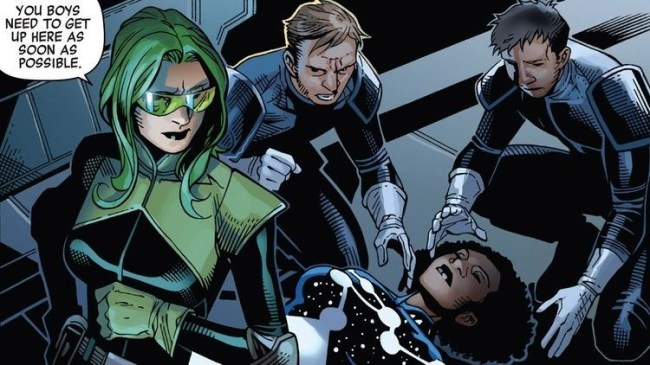