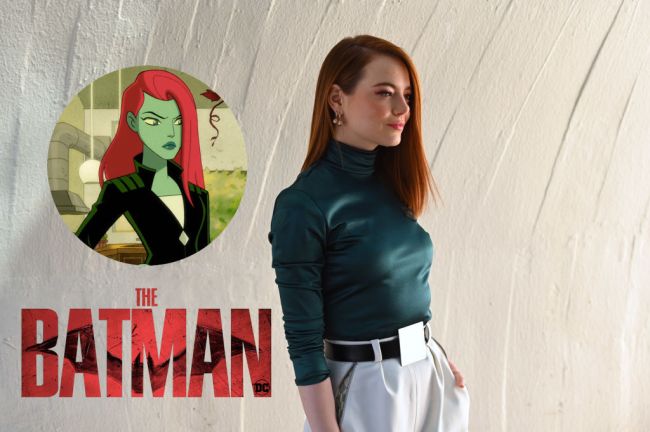 When the first trailer for Cruella dropped, everyone and their mother on Twitter made the same joke, myself included: it reminded us of Joker. I’m certainly guilty of it myself, as I personally churned out about four memes yesterday.

But then I started genuinely thinking about it: if Emma Stone did make the jump to comic book movies, who would I want to see her play? It’s not as if she’s never done it, as she starred as Gwen Stacy in the Amazing Spider-Man films close to a decade ago. But these days, now that she’s already got an Academy Award for Best Actress under her belt, a role like Stacy is far below her paygrade. If Stone were to hop back into the superhero world, it’d be in an iconic role. So, who could that be?

Sure, Barbara Gordon (a.k.a. Batgirl) could be a fit. She’s certainly got the star power to pull off being a member of the Bat Family. But do we really want to see someone as talented as Stone in such a vanilla role? I certainly don’t. Stone’s being charming audiences for over a decade, which means it’s now time to subvert the audience’s expectations of her and cast her in a villainous role. It’s time Warner Bros. cast her as Poison Ivy in Robert Pattison’s The Batman franchise.

While the character has traditionally been portrayed as a seductress, more recent interpretations of Poison Ivy — specifically in the hilarious Harley Quinn cartoon — position her more as a down-to-Earth girl-who-can-hang, which is essentially what Stone has built her entire brand on. Everything about The Batman franchise already seems to be hyper-serious, so casting Stone in such a role to lighten up the mood of the franchise could serve as the perfect counterbalance to the grittiness of Pattinson’s Bat, Zoe Kravitz’s Catwoman, Paul Dano’s Riddler, Colin Farrell’s Penguin, and so one.

Make this one happen, Warner Bros., and thank me later.