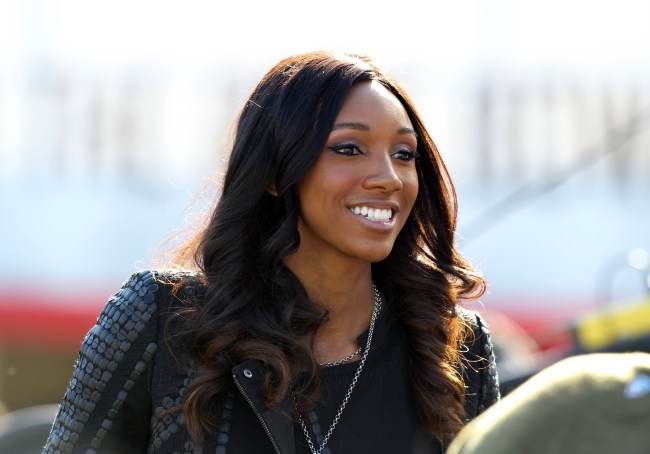 On Saturday afternoon the NBA released the public voting ballots for all media members who voted on NBA awards this year.

After the ballots were released, ESPN’s Maria Taylor was immediately criticized when it was revealed that she didn’t vote for Anthony Davis for All-NBA.

Maria Taylor did not pick Anthony Davis to be on any of the three All-NBA Teams.

Why does Maria Taylor have a vote? Real question. She is a studio host/sideline reporter in her first year covering the NBA. She works a ton, not just on the league. No reason for her to have a vote https://t.co/Sy2M2jW9Pb

Taylor quickly fired back and the two went at it on Twitter.

Because I PLAYED basketball…I COVER the league. And I DESERVE everything I’ve worked hard for. https://t.co/JwLjk6dsb9

Wow it’s been a long week. But if everyone would now like to take away my voter privileges because of a CLEAR mistake. Please feel free.

.@MariaTaylor these feelings are reserved to you or women. Hosts are there for opinions. Ernie, Kurt Menafee, James Brown are all great at what they do.. but they aren’t analysts paid for their opinions. https://t.co/oG4rrdpnrs

By the way. If you didn’t vote for Anthony Davis, the statistically best player (and a plus def) on the team with the best record in the West 1/2/3rd team all #NBA you have a pretty in-defensible position… but feel free to take shots at stance which most in my field agree w/.