Angelina Jolie, Cast Of ‘Eternals’ Forced To Evacuate After A Bomb Was Found On Set 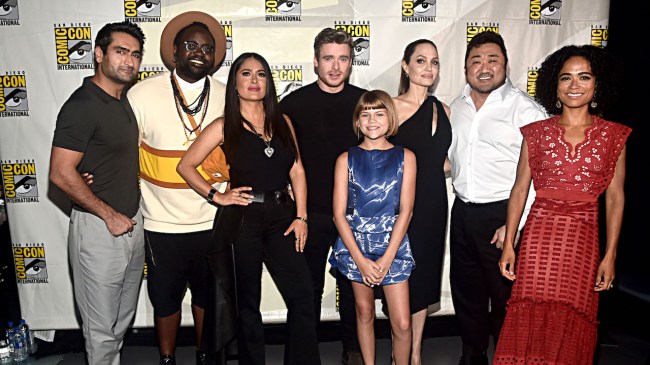 The stars of Marvel Studios’ Eternals were forced to evaporate the film’s set after an unexploded bomb was found near the scene, according to various reports.

Reports indicate that massive A-list stars such as Angelina Jolie and Richard Madden were whisked away from the film’s set and brought to safety after the unexploded device was found. Bomb disposal experts were called to the scene to deal with the threat.

At this time, no injuries have been reported. Furthermore, it is currently not known where the explosive device came from, although the island where the film is currently being shot “was previously used as a German military base during the Second World War”, according to The Sun.

Onlookers in Canary Island Fuerteventura told how panic quickly spread during shooting of The Eternals and everyone was ordered back to a safe distance.

An insider at the set said: “It was obviously terrifying — the bomb could have been there for decades untouched but who knows what might have happened if it was disturbed.

“Some of the biggest stars in the world were on set and nobody was taking any chances. Fortunately, experts dealt with it.” [via The Sun]

Eternals, which is set to be released on November 6, 2020, will be the second film in the Marvel Cinematic Universe’s “Phase 4” following the release of Black Widow this may.