Eva Longoria Set To Direct A Flamin’ Hot Cheetos Movie, Meaning It’s Time To Reboot The Matrix Because This Sh*t Is Broken 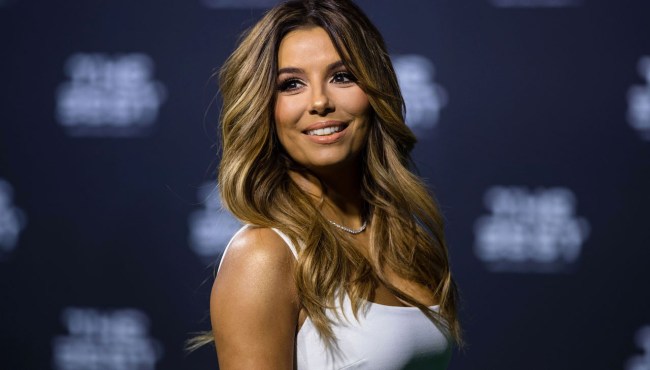 Alright, that’s it. That’s just fucking it. Enough is enough. It’s time to down a couple of the Red Pills because the Matrix is fucking broken and I want OUT. NOW.

Because according to a report from Deadline, Desperate Housewives actress Eva Longoria has signed on to direct a film about… the creation of Flamin’ Hot Cheetos.

Produced by Fox Searchlight — which, remember, is now owned by Disney — the film will be a biopic about Richard Montanez, the man who created Flamin’ Hot Cheetos.

Montanez, the son of a Mexican immigrant who was famously a janitor at Frito-Lay when he conjured up the idea for Flamin’ Hot Cheetos, eventually became an executive at PepsiCo and now travels the country delivering motivational speeches thanks to his Cheeto revelation.

Longoria reportedly beat out multiple directors for the job after impressing Franklin and Fox with her authentic approach to portraying the inspiring story of Richard and Judy Montanez. Richard rose from humble beginnings to achieve the American Dream: The son of a Mexican immigrant, Richard was a janitor at Frito-Lay when he came up with the idea for Flamin’ Hot Cheetos.

His creation, inspired by the flavors of his community, revitalized the company and disrupted the food industry, creating a pop culture phenomenon that continues today. [via Deadline]

The film, which was written by Charlie St. Cloud and October Sky screenwriter Lewis Colick, will be produced by DeVon Franklin.

At this time, no one has been cast in any roles and there is no word on when the film will be released.