Evan Peters Discusses THAT Stunning Moment in ‘Mare of Easttown’, One Of The Most Shocking TV Scenes In Recent Memory 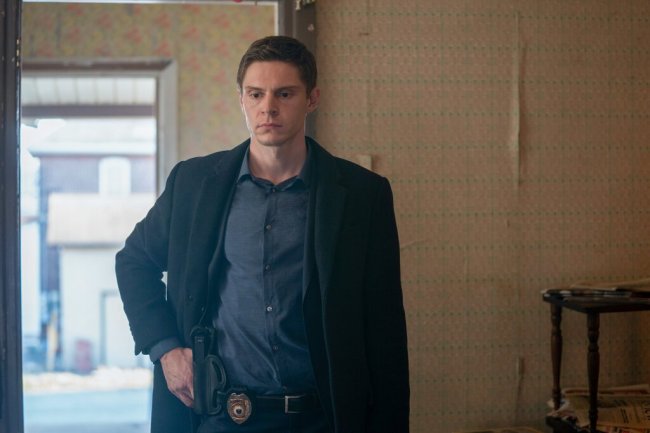 Are you watching Mare of Easttown yet? If you’re reading this article that’s about to spoil the most recent episode — so take this as your spoiler warning — then I assume you have. And since you’ve seen Mare of Easttown, then you, like me, know it’s excellent. Is it True Detective season one level of excellent? Of course not, most shows aren’t.  But is it “give Kate Winslet ALL the awards” level of great? Absolutely. If you can find a sportsbook that’s offering it, bet on Winslet to win an Emmy for Best Actress in a Limited Series yesterday.

The beloved Academy Award winner isn’t the only actor putting forth excellent work in the series, as American Horror Story star Evan Peters, who stars as Mare’s partner Detective Colin Zabel, is also doing some wonderful work in the series. Or, rather, he was doing some wonderful work, as Zabel got his face blown off at the end of episode 5 in one of the most stunning scenes in recent television history.

Speaking with the New York Times, Peters discussed the shocking and sudden death of his character, saying that he was “excited” by the idea of essentially creating an entire character only to kill him.

I was excited by the idea that that would happen, to craft this whole character and formulate this whole plot so it’s almost like we did it for that moment. It’s this interesting way to develop a character, knowing that he’s going to die in such a way.

To me, it felt very real, and it sort of speaks to the danger of being in this line of work. It reminded me of that moment in “Burn After Reading” where Brad Pitt gets shot in the forehead in the closet — which is sort of hilarious but also really shocking, and we wanted to have that sort of feeling once it happens.

Make sure to check out Peters’ full interview with the New York Times, where he discusses sharing scenes with the iconic Kate Winslet and the religious experience that is going to Wawa.

RELATED – Even Oscar Winner Kate Winslet Is In Awe Of Wawa: ‘It Felt Like A Mythical Place’

The penultimate episode of Mare of Easttown will hit HBO and HBO Max this Sunday before the series finale airs next week.