Even Oscar Winner Kate Winslet Is In Awe Of Wawa: ‘It Felt Like A Mythical Place’ 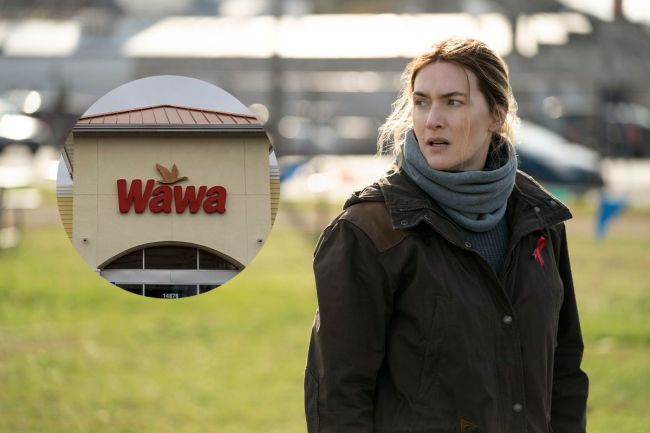 Likely due to the events of 2020, but it feels like it’s been a while since HBO had a proper Sunday night drama that got the culture talking. Perhaps not since The Outsider, the Jason Bateman and Ben Mendelsohn starring Stephen King adaption that aired just prior to the pandemic. That’s finally changed, though, with the release of the Kate Winslet-starring murder mystery Mare of Easttown.

Now three episodes in, other than the quality of the drama itself, the most remarkable aspect of the series so far has been Winslet’s truly glorious — I mean glorious — Delco County, Pennsylvania accent. I live in New York City and grew up in New Jersey, meaning I’ve come across this accent hundreds of times in my life, both through Philly and South Jersey.  And let me tell you: it’s absolutely perfect.

Gonna need everyone to watch ‘Mare of Easttown’ on HBO so we can talk about Kate Winslet’s Pennsylvania accent. It is just out of this world.

In order to craft her stunning voice work, the Academy Award-winning actress dove head-first into Pennsylvania culture, which, of course, includes understanding the legend that is Wawa, which she considers to be a “mythical” place:

“It almost felt like a mythical place … Wawa,” she told the LA Times’ “The Envelope” podcast, adding: “By the time I got there, I was like, ‘It’s real!’ Walking into a Wawa ultimately felt like, it was kind of an honor, in a funny way, because to me that was the heart of Delco. So to finally walk through the door of a Wawa; I don’t know why I felt like, ‘Oh, yes, I’m here, I belong. This is where it’s at. Wawa.’” [via The Los Angeles Times]

It just goes to show that even world-famous, generationally talented actresses can be intoxicated by the magic of Wawa.

The first three episodes of ‘Mare of Easttown’ are now available to stream on HBO Max, with the fourth episode airing tomorrow, Sunday, May 9.