‘Extraction 2’ Is Officially In The Works At Netflix 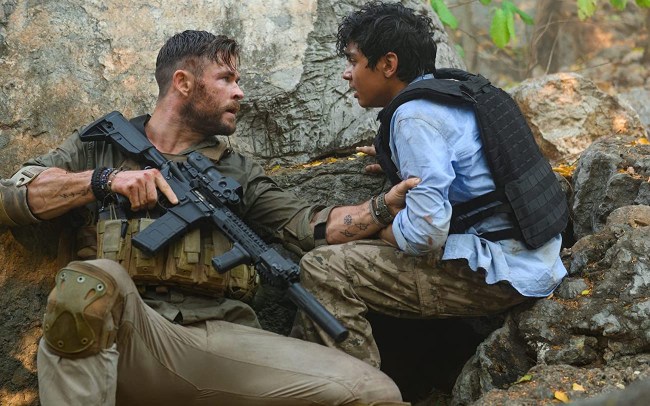 Less than a month after the release of Extraction — Netflix’s biggest ever movie premiere — the streaming giant has greenlit the development of a follow-up film.

According to a report from Deadline, Joe Russo — the Avengers: Infinity War and Endgame director who co-wrote and produced Extraction — “has closed a deal to write another installment of the high action film.”

AGBO, the company run by Russo and his brother Anthony, are putting the pieces together and are optimistic that Sam Hargrave returns as director, and that Chris Hemsworth will reprise as mercenary Tyler Rake, though those deals won’t be made by Netflix until the script is ready.

“The deal is closed for me to write Extraction 2, and we are in the formative stages of what the story can be,” Russo told Deadline. “We’re not committing yet to whether that story goes forward, or backward in time. We left a big loose ending that leaves question marks for the audience.” [via Deadline]

Over the weekend, Netflix announced that Extraction had become their biggest-ever movie premiere, as “a projected 90 million households getting in on the action in the first 4 weeks.” In addition to Netflix’s announcement, the film’s star Chris Hemsworth also took to social media to thank fans for their overwhelming support of the movie.

Just last week, the Russo Brothers and Hemsworth discussed the possibility of a follow-up film, saying that both a prequel and a sequel were on the table:

“We discussed it and our backstory is that those two guys — and, spoiler alert, who knows whether there could be prequels or sequels could possibly go if Netflix likes the movie —but their backstory is these guys trained together and they spent a lot of time together in the military and even outside of that, in private military sector, and their skills would be matched but they just went in different directions,” Russo said.

Given the massive success of the first film, it should come as no surprise that Netflix wants to continue to flesh out the story, as it looks like Extraction is set to become their first proper action movie franchise.