Was The Facebook ’10 Year Challenge’ Actually A Covert Meme Scheme To Mine Data? 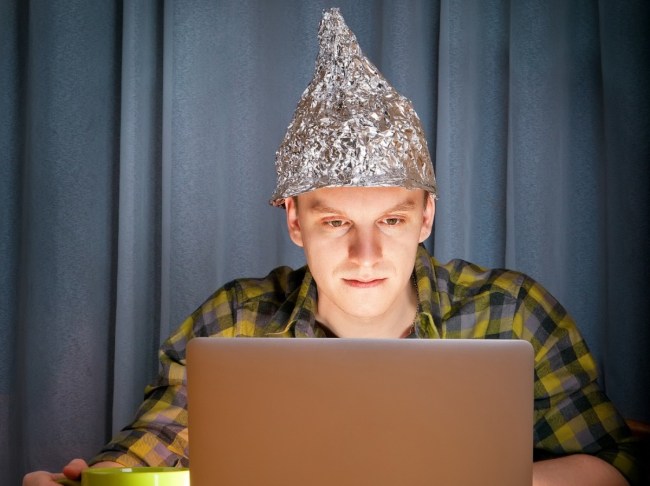 I’m all for a good conspiracy theory that’s based on evidence, especially one that drops at the end of a long week full of miserable news. I’m especially here for this one because it’s exposing how quick we are as a society to trust trends despite constant evidence that 99.99% of things going viral on the Internet are either complex marketing schemes or ploys but some covert agency to grab data.

Fuuuuuck, I’ve drank the Kook-Aid, haven’t I? I already sound like one of these tinfoil hat wearing cynics who thinks Russia, China, and North Korea are out to steal my magic beans. Let me take a step back for a moment and say that I don’t 100% believe in this conspiracy theory below. I’m just here to share the facts and point out that the 10 Year Challenge on Facebook could’ve easily been all in good fun but then it was just as easily exploited by machine learning.

I’m sure you’ve seen the 10Year Challenge already on either Facebook, Instagram, or Twitter (find me at @casspa), probably all three. People share a picture of themselves 10 years ago and a current picture from today. Here’s an example:

Alright, time to put on your tinfoil hat. Wired columnist Kate O’Neill was the first to put forth this theory. It suggests that the 10 Year Challenge is actually the perfect way to teach facial recognition algorithms age progression.

Me 10 years ago: probably would have played along with the profile picture aging meme going around on Facebook and Instagram
Me now: ponders how all this data could be mined to train facial recognition algorithms on age progression and age recognition

It started as a joke on Twitter that turned into a full-blown column that really dives into what this would look like if it was actually a scheme to teach AI systems age progression. Here’s the premise:

Imagine that you wanted to train a facial recognition algorithm on age-related characteristics and, more specifically, on age progression (e.g., how people are likely to look as they get older). Ideally, you’d want a broad and rigorous dataset with lots of people’s pictures. It would help if you knew they were taken a fixed number of years apart—say, 10 years.
…
Through the Facebook meme, most people have been helpfully adding that context back in (“me in 2008 and me in 2018”) as well as further info, in many cases, about where and how the pic was taken (“2008 at University of Whatever, taken by Joe; 2018 visiting New City for this year’s such-and-such event”).

In other words, thanks to this meme, there’s now a very large dataset of carefully curated photos of people from roughly 10 years ago and now. (via)

Facebook was quick to deny there was a nefarious underlying scheme to harvest data and teach machines age progression. A spokesperson gave a statement to WIRED: “This is a user-generated meme that went viral on its own,” “Facebook did not start this trend, and the meme uses photos that already exist on Facebook. Facebook gains nothing from this meme (besides reminding us of the questionable fashion trends of 2009). As a reminder, Facebook users can choose to turn facial recognition on or off at any time.”

‘Facebook gains nothing from this meme’ isn’t true at all. For starters, they’ve picked up a ton of virality with this meme. Facebook is a dying social network. I might look at the Facebook app once a week.

If it wasn’t for the easy ability to sign into 99% of websites with Facebook I would’ve deleted it a while back. This certainly has caused a spike in activity from people who were fading on Facebook.

Forbes goes deeper in explaining why and how Facebook actually gains from this meme:

However, with 2.2 billion users uploading hundreds of millions of photos a day, it’s not to say that the algorithm for facial recognition will not benefit from a challenge like this adding more to their already robust database of faces. Facebook has been working with facial recognition technology for the past few years with things like tagging photos and now recognizing photos you may be tagged in, even if you are not connected with the person who posted the photo on the social platform. So even if you do turn it off, your face still lives somewhere in the platform.

“You can delete cookies. You can change browsers. And you can leave your smartphone at home,” says facial recognition expert Alvaro Bedoya, executive director of Georgetown Law’s Center on Privacy & Technology. “But you can’t delete your face, and you can’t leave it at home.” (via)

A better facial recognition algorithm leads to better ad targeting and that’s certainly great for Facebook, isn’t it? Going further, Forbes points out that a recent study found that the average American appears on camera (security cameras, etc) an average of 75 times per day. Teaching an algorithm better age progression seems like a pretty f*cking good way for law enforcement to get better at catching criminals, doesn’t it?

For more on this tin foil hat conspiracy theory goodness you can head on over to Forbes and/or WIRED.