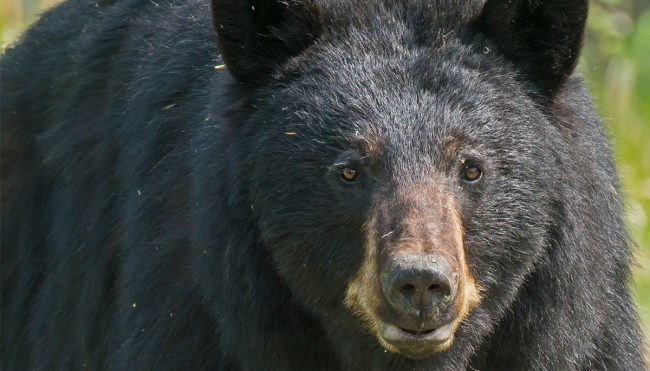 Earlier this year, the internet rallied around a 500-pound black bear who was dubbed “Hank the Tank” after wildlife officials in California announced there was a chance they’d have to resort to euthanization to stop a spate of break-ins that were linked to an animal that was accused of ransacking dozens of homes in the South Lake Tahoe.

Things eventually took an interesting turn when Hank was exonerated thanks to DNA evidence that proved two other bears had a hand in the spree, as residents of the gated community that was targeted apparently thought all black bears looked the same.

You’d think that would be the biggest bear-related development to come out of the area this year, but based on another incident that unfolded earlier this month, that might no longer be the case.

According to Insider, residents of a home in South Lake Tahoe spent the winter puzzled by some “odd rumbling, snoring-like noises” that they largely managed to ignore. However, they were unable to continue doing so when they discovered the source: a group of five bears that had decided to hibernate in the basement.

The local volunteer group BEAR League detailed what went down in a Facebook group where it said some members were initially dispatched to the home in question after the “Mama Bear” made her presence known following the end of her season-long nap.

While they managed to escort her off the premises, they were surprised to find four more cubs (including one that was adopted into her clan) still chilling inside. Thankfully, they were able to guide them all outside, where they joined their mother before ultimately setting out for new horizons.

You’ve got to love a story with a happy ending.