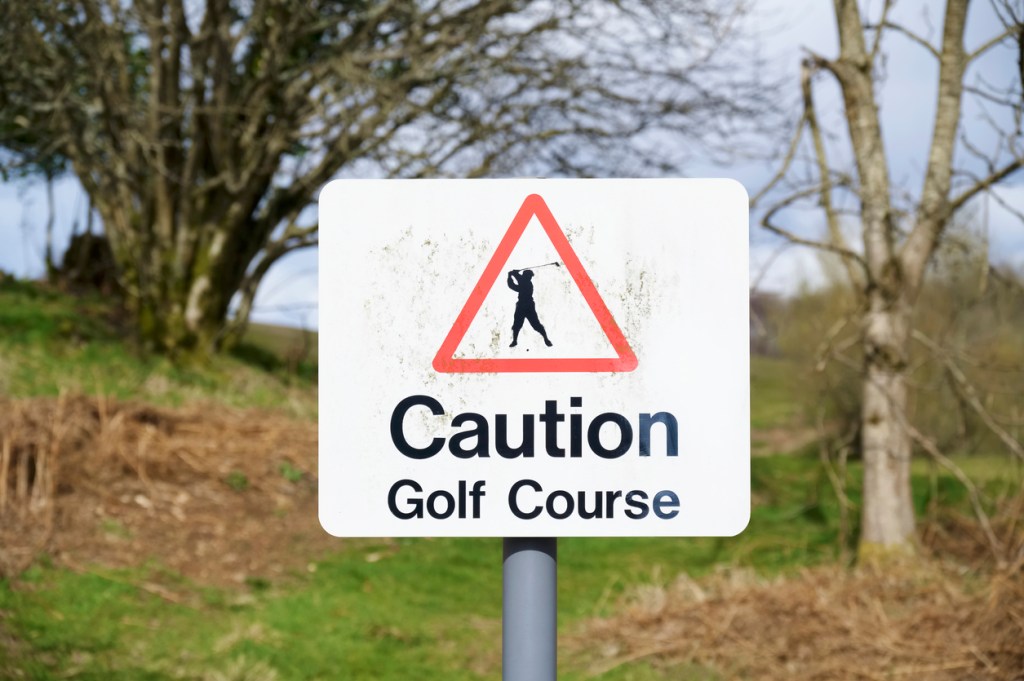 A family in Massachusetts just won millions from a lawsuit after proving they were ‘terrorized by golf balls’ over the span of several years. They dealt with smashed windows, damaged siding, and things got so bad their kids had to wear helmets when playing outside.

When the family first purchased their Indian Pond Estates dream home in 2017 for $750,000 they were in love with the new home. A month later they got hit with their first golf ball. Flash forward several years and they collected nearly 700 golf balls that hit their house.

Most people reading this are probably thinking ‘they bought a house on a golf course, what did they expect?’ And that’s a reasonable question because pretty much every golf course home gets hit by a golf ball at some point or another.

But their $750,000, 3,000-square-foot house on Country Club Way is in the direct line of the 15th hole on the Indian Pond Golf Course, and they bought the house and moved in during the off-season. So when their windows were suddenly being smashed, the side of the house was crushed, and kids had to wear helmets outside when playing they suddenly had different thoughts about what ‘some problems from the golf course’ meant to them.

Tonya Alanez of the Boston Globe covered this story after a 6-day trial. It was the culmination of years of this family literally living in 24/7/365 fear. They have three daughters and never knew when a rogue golf ball would come flying through the window into their house sounding like a gunshot in the process.

Here are some excerpts on just how bad things got for them:

Flying balls shattered windows in their house with such force they sent glass spraying into the next room; the siding on the house was peppered with circular dents, like a battleship in a war zone. Fearful neighbor children wore bicycle helmets when they went out to play, the Tenczars said.

In the four years since moving in, Erik and Athina Tenczar have picked up nearly 700 balls on their property; they no longer fix the broken windows, but instead cover them in thick plastic sheeting. They even built a partition to shield a small section of their deck from flying objects. A golf shot last fall took out a deck railing. “When it hits, it sounds like a gunshot,” said Athina Tenczar, 36. “It’s very scary.” “We’re always on edge,” added Erik Tenczar, 43. “It’s been emotionally taxing on us.”

In addition to winning $4.9 million, they also “won a permanent injunction against golf balls on their property.” The club has also reconfigured the 15th hole so the tee box doesn’t line up with their house and according to the Globe it’s been months since a golf ball last appeared on their property (it’s also the offseason still).

The golf club plans to appeal and the club’s lawyer said he’s “extremely confident that the injunction will be struck down.”

How did they even find themselves in this situation to begin with?

The article on the Globe says the family aren’t golfers but they fell in love with their golf course house immediately. It was love at first sight and they forked over the $750,000 for the 3,000 square foot home. With regards to damage from the golf course and/or nuisances, the wife said “if you have all these houses on a course, I assumed it was safe.” Her husband added “Should we have looked into chances our house would be hit? Probably. I don’t know. We just fell in love with the house. It was our first house.”

Family living near country club wins $4.9 million in damages after being 'terrorized with golf balls' https://t.co/TX0o2kYKpk

I sympathize with both sides here. I’m a terrible golfer and a homeowner. But I was born and raised in Florida and grew up playing golf and am 100% aware that houses in specific spots of golf courses are going to get absolutely crushed by golf balls.

How bad did it get? Literally ‘terrorized by golf balls’

Since moving in to their home overlooking a golf course in 2017, Erik and Athina Tenczar have picked up nearly 700 balls on their property. In December, a jury awarded the Tenczars nearly $5 million for damages and mental and emotional suffering. https://t.co/JYD9UWxy0W

The first broken window was discovered in the attic while Erik was giving his father a tour. The next window to go was below the deck, while the Tenczars were above. Then the window over the toy area was struck, spraying shards on the play kitchen and building blocks.

And there was the time when after they filled up the kiddie pool, a golf ball splash landed in the water. Numerous calls were made to the clubhouse with little to no response, Erik Tenczar said. “We started calling the police because there was nothing else we could do,” Athina Tenczar said.

Ultimately, it doesn’t matter who you (as the reader) side with because the jury awarded the family $3.5 million for damages (with interest it’s $4.9 million) to the home and emotional suffering. They got PAID for living in a house that got completely bombarded by golf balls.

Now, it will be interesting to see if this sets up any sort of precedent for lawsuits like this in the future all around the country… To read any more about this story just follow that tweet above to the Boston Globe!