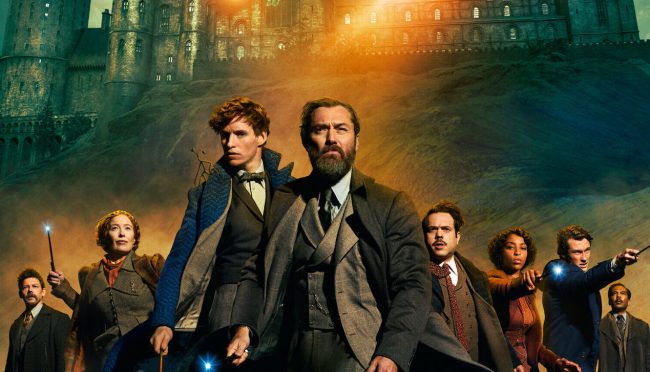 Despite the fact that Fantastic Beasts is part of the 10th highest-grossing media franchise of all time — the “Wizarding World” is only behind the likes of the MCU, Star Wars, Mario, Pokemon, and a few other iconic pop culture staples — the Harry Potter prequel films have yet to take off in the same way as their predecessor.

With the third film in the franchise, Fantastic Beasts and the Secrets of Dumbledore — the most blatantly “hey, remember Harry Potter?!” of them all — set to hit theaters this weekend, Warner Bros., the studio behind the film, is reportedly taking a wait-and-see approach to whether or not a fourth and fifth film will be greenlit, according to Variety.

Fantastic Beasts franchise could be ended after The Secrets of Dumbledore

In addition to the critical reception and diminishing box office returns, the franchise has also had issues steam from its creative side, as Johnny Depp was forced to exit the franchise while Ezra Miller was recently arrested in Hawaii. Furthermore, Harry Potter creator J.K. Rowling has also become a far more polarizing figure in recent years.

“This is their ‘Star Wars’ franchise. You expect more,” says Exhibitor Relations analyst Jeff Bock, in reference to Disney’s premier franchise set in a galaxy far, far away. “This is supposed to be a crown jewel, and it’s not behaving like one.”

“There have been franchises that have been hit with problems, but not like this,” said Stephen Galloway, the dean of the Chapman University film school. “This is a confluence of events that does not bode well.” [via Variety]

After 128 reviews on Rotten Tomatoes, The Secrets of Dumbledore currently has a 55% critics score, which is certainly an improvement over 2018’s 36% rated The Crimes of Grindelwald, the worst-reviewed film in the Harry Potter series thus far.