Farmer In Nebraska Drains His Pond, Finds An ATM Sitting At The Bottom 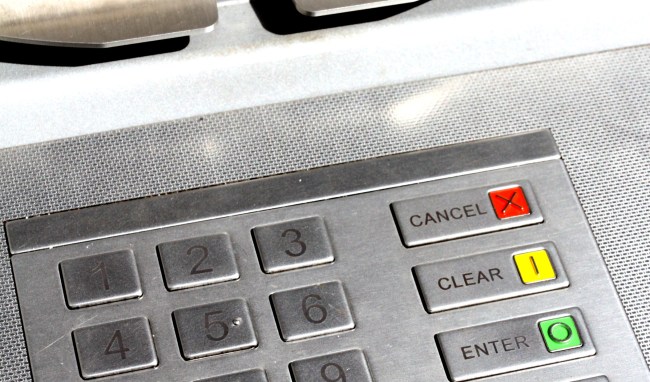 A farmer in Nebraska got quite a surprise when after recently draining his pond, as one does, he discovered there was an ATM sitting at the bottom, and it hadn’t been there long.

Wynn Hall of Exeter, Nebraska was doing a little routine work late last week on his property including draining the pond he uses for pumping waters off his fields.

When he got up Friday morning to check if it had completely drained he noticed what he thought was some kind of kitchen appliance in the mud.

“I thought who would throw a refrigerator or a stove and put it in the pond, in fact, the deepest part of the pond in fact…why would that be down there,” Hall told KOLN-TV.

Turns out it wasn’t a refrigerator or a stove, but an ATM.

“I took a picture and zoomed in on it and thought, ‘That looks like an ATM,'” said Hall. 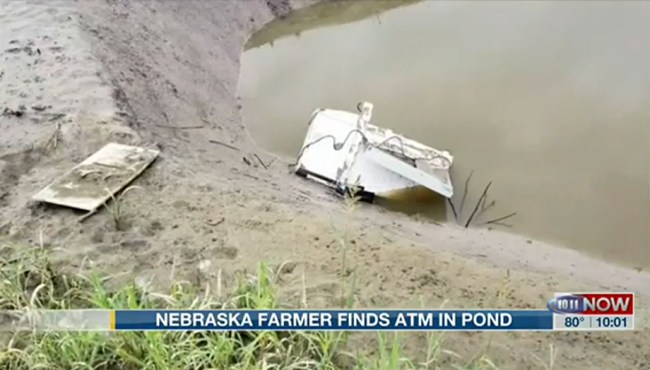 After further inspection, it did turn out to be an ATM, so he called the Fillmore County Sheriff’s Department who came out for their own look.

Turns out, an ATM was recently stolen in the area.

“As we got it pulled out of here, after a fashion, we had a local two company come in here and pull it out, they observed it and looked at it for numbers, and they were pretty sure that that wasn’t the one missing,” said Hall. “So they were baffled.” 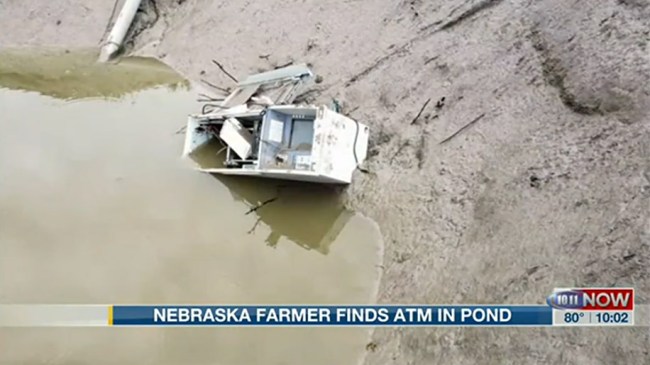 Hall said the ATM didn’t appear to have been in the water for more than a few weeks, but he can’t be sure since he didn’t drain the pond in 2019.

“This is by far the strangest, and I was really shocked to see it in the bottom of the pond,” he said.

Mysteriously, neither KOLN-TV’s report, nor a follow-up article by the UPI made mention of whether Hall found any money inside the waterlogged ATM.