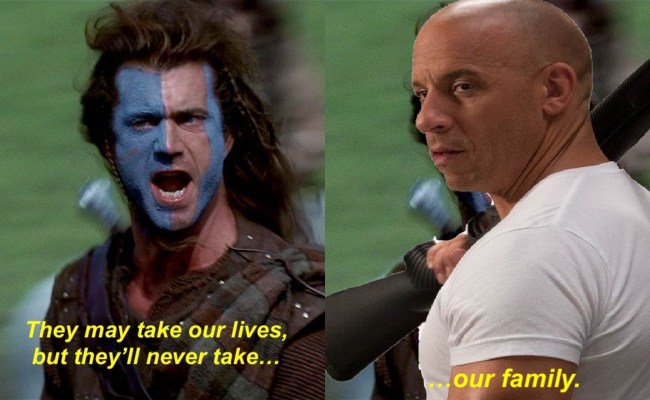 As I wrote in my F9 review, the Fast and Furious franchise *is what it is*, and at this stage of its nine-film (ten if you’re counting Hobbs and Shaw) existence, you’re either in or you’re out. If you bailed after Fast & Furious 6, then I doubt F9 will be the film to change your mind and bring you back to the franchise. Conversely, if you’re been all-in on the Fast family since the beginning, odds are you’ll be there until the very end.

The difference between those two groups of people — Fast fans and non-Fast fans — I reckon, is their ability to tolerate, or rather, enjoy the franchise’s absurdity. The increasing nonsensicalness of Fast and Furious’ plots and set-pieces are likely the reason you keep coming back for more or the reason you prefer the racing-focused early entries. Regardless of which side of that fandom divide you fall on, though, you are aware of the franchise’s inherent absurdity regardless, as evidenced by the slew of “Dom Toretto family” memes that flooded the internet over the weekend, somehow perfectly summarizing the preposterousness of it all.

RELATED: There Is, Apparently, A ‘Fast’ Spin-Off About Charlize Theron’s Character In The Works

The Vin Diesel memes are actually killing me, Fast & Furious is really the gift that keeps on giving pic.twitter.com/IEjX3buWlD

These Vin Diesel memes are cracking me up. 🤣🤣 pic.twitter.com/0oYNZRDmvF