There Is, Apparently, A ‘Fast’ Spin-Off About Charlize Theron’s Character In The Works 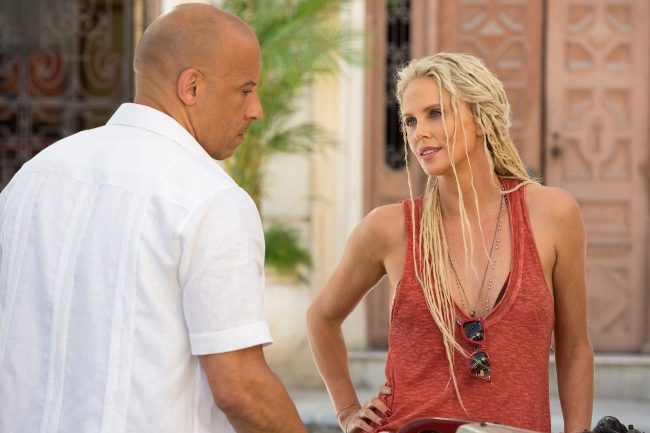 Tucked into a story about the upcoming sequel to the hit Netflix action film The Old Guard, Variety reported that Vin Diesel has put together a writer’s room to pen a script for a film based on Charlize Theron’s character, the mysterious and all-powerful cyberterrorist Cipher — the villain that operated in the shadows in Fast & Furious 6 and Furious 7 before appearing as a main antagonist of The Fate of the Furious and F9.

Charlize Theron tells Variety that the script is done for the sequel to “The Old Guard,” her Netflix film adaptation of the graphic novel of the same name. Cameras will start rolling in the first quarter of 2022. The gay couple, played by Marwan Kenzari and Luca Marinelli, will be back, too. “Oh, yeah!” Theron says. “They’re definitely there.”

Meanwhile, Vin Diesel tells us that he has writers working on a “Fast & Furious” spinoff for Theron’s character, Cipher. [via Variety]

Then again, Vin Diesel has been sayin’ a lot these recently, so it’s probably best to take his current high-on-F9 proclamations with a grain of salt. Just last week, for example, he told Kelly Clarkson on her daytime talk show that he’s “dying” to do a Fast & Furious musical just days after he told Men’s Health that he intentionally gave Dwayne ‘The Rock’ Johnson “tough love” in order to coax a better Hobbs performance out of him when filming Fast Five.

While I’m generally down on the Fast franchise (which I think peaked with Fast Five and Furious 7, both of which are *excellent* action movies), I’m all in on anything Charlize Theron-related, especially when it’s a movie that allows her to be what exactly she is: one of the best action stars in Hollywood.