Vin Diesel Says He Wants To Do A ‘Fast’ Musical, Must Be Stopped At All Costs 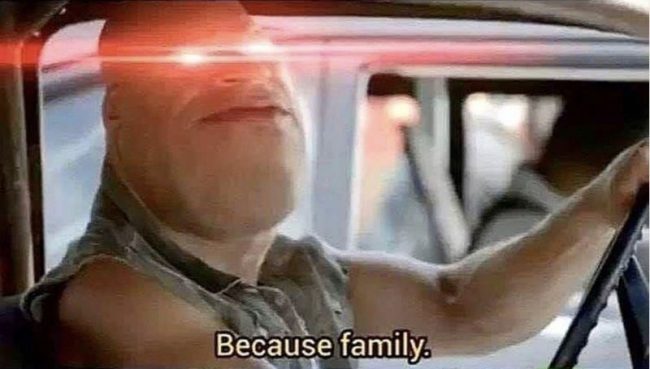 Vin Diesel really is FEELIN’ himself these days, huh? Well, to be fair to VD, I suppose he’s always been this way. In fact, just last week, I wrote that I wish I had an ego his size. I feel like it’d be akin to living on your own planet. You also can’t really blame him, as he is, after all, one of the world’s highest-grossing actors.

Still, despite how infamous Diesel’s ego has become, some of the hot takes he’s been unleashing this week are genuinely mind-blowing, even by his skewed standards. Literally, just last week,  he gave a legitimately laugh-out-loud quote to Men’s Health about — and I kid you not — his influential role in helping The Rock nail the Hobbs character in Fast Five, claiming that the pair’s beef was an intentional move by him to coax the performance out of Dwayne Johnson.

“It was a tough character to embody, the Hobbs character,” Diesel said. “My approach at the time was a lot of tough love to assist in getting that performance where it needed to be.”

“As a producer to say, ‘Okay, we’re going to take Dwayne Johnson, who’s associated with wrestling, and we’re going to force this cinematic world, audience members, to regard his character as someone that they don’t know’ – Hobbs hits you like a ton of bricks,” he continued. “That’s something that I’m proud of, that aesthetic. That took a lot of work. We had to get there and sometimes, at that time, I could give a lot of tough love. Not Felliniesque, but I would do anything I’d have to do in order to get performances in anything I’m producing.”

Diesel kept the engine running during his recent appearance on The Kelly Clarkson Show to promote F9 (which made a healthy $70 million over the weekend), as he claimed he’s “dying” to do a Fast & Furious musical.

When host Kelly Clarkson, 39, asked him if he’d ever do a musical of the franchise, the actor said, “I’m dying to do a musical, so yes, I would!”

“I’ve been dying to do a musical my whole life,” he continued, revealing he was “this close to doing Guys and Dolls with Steven Spielberg, but we ended up not doing that. For the longest time, I thought the Nathan Detroit role in Guys and Dolls would be a very interesting one to revamp, the one that Frank Sinatra played in Guys and Dolls.” [People, via The Kelly Clarkson Show]

Honestly, though, consider we *are* talking about the certifiably bonkers Fast & Furious franchise, nothing — not even a musical number — can be ruled out. Remember that “We’re all in this together” song from High School Musical? Now I can’t stop picturing Vin Diesel growling “We’re all in this la familia.”

RELATED: Vin Diesel Realized John Cena’s Casting Was ‘Meant To Be’ When Paul Walker ‘Sent Him’ To His ‘Dom Shrine’