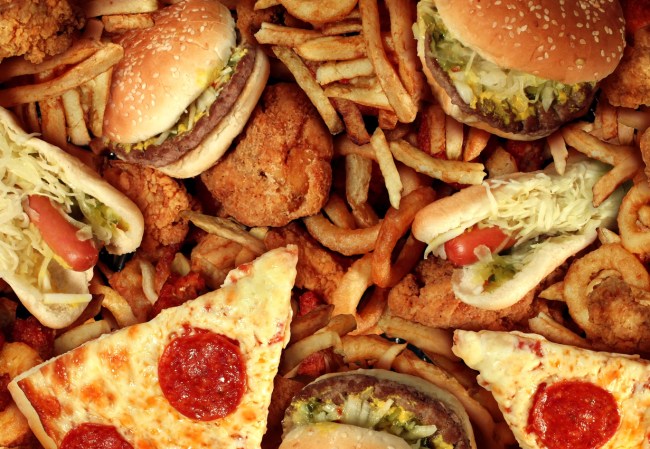 We’ve all seen the videos over the years of someone showing a McDonald’s cheeseburger that they saved for over a year looking the exact same as the day they bought it. Certain fast foods never rotting, or at least not appearing to, is not new information, but it’s one of those things that every time you see, you’re intrigued by it.

Having said that, it should come as no surprise that a TikTok video showing various fast foods that never go bad has gone viral. This particular video is unlike anything we’ve ever seen before, however, it comes from a daughter of a nutritionist who has a giant pantry full of food that never rots.

“My mum is a nutritionist helping to tackle obesity,” TikTok user Elif Kandemir writes as a caption in the video. “These foods shown here are ultra-processed foods that 80% of the UK consume on a regular basis.”

The pantry of horror is full of cheeseburgers, pizza, pastries, french fries, candy, and many other food items that could most likely survive an atomic bomb.

This video won’t stop people from eating fast food, like I said, we’ve seen stuff like this before.

The donuts shown in the video look the most appetizing of all the food items, by far, but in a follow-up video, Kandemir claims that her mom has been collecting all of the food over the last two years. Those donuts could literally be two years old. I’m assuming if you picked one up and threw it at a window, the window would lose that battle.

Reply to @dgmmgd93 thank you for all of the support! Here’s a bit more info ☺️ #fyp #foryoupage #food #foodlover #fastfood