The FCC Is FINALLY Going To Do Something About All The Robotexts, Or So They Say 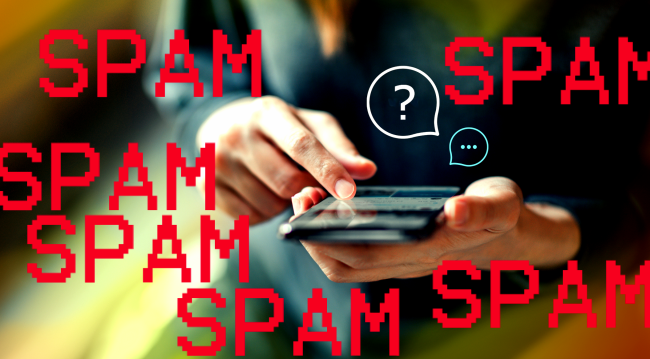 The Federal Communications Commission (FCC) announced on Monday that they will finally consider taking action against the proliferation of unwanted robotexts citizens are being inundated with on a regular basis.

Or, at least that what they say they are going to do.

As you may recall, back in April of 2021, the FCC proudly trumpeted that it was implementing the TRACED Act to combat illegal robocalls.

The TRACED Act directed us to strengthen our call blocking rules, empowering phone companies to stop illegal and unwanted calls before they reach consumers. We also imposed new limits for the number of calls allowed to residential phone lines and gave consumers the ability to opt-out from receiving calls.

The FCC has also taken steps required under the TRACED Act to mandate Caller ID authentication technology, so you can trust that the number you see on your Caller ID is correct. This STIR/SHAKEN framework is an important tool that can help service providers determine whether a call should be blocked or labeled. Looking ahead, we will open a Robocall Mitigation Database to hold service providers accountable and ensure they are not the source of illegal robocalls.

How’s that working out for you? Do you still get random calls on your phone that appear to be coming from somewhere in your town only for it to be a telemarketer who may or not even be in America, or worse, a recorded message that you can’t tell to take you OFF THEIR LIST!? Because I still get at least one of these per day. But I digress.

Anyway, according to a new FCC announcement by Acting Chairwoman Jessica Rosenworcel, “We’ve seen a rise in scammers trying to take advantage of our trust of text messages by sending bogus robotexts that try to trick consumers to share sensitive information or click on malicious links. It’s time we take steps to confront this latest wave of fraud and identify how mobile carriers can block these automated messages before they have the opportunity to cause any harm.”

The FCC press release announcing this new plan will “kick off efforts to combat unwanted robocalls.”

These actions include issuing the largest robocall fine in FCC history, demanding certain voice providers cease-and-desist from facilitating illegal robocalls, launching a Robocall Response Team, and delivering letters to the Federal Trade Commission, Department of Justice, and the National Association of State Attorneys General to renew state-federal partnerships to combat the proliferation of illegal robocalls.

“Unwanted robocalls are not only a nuisance, but they also pose a serious risk to consumers who can inadvertently share sensitive, personal information in response to bad actors’ malicious schemes,” said Rosenworcel. “I’m proud to unveil my first set of actions to put a renewed focus on what the FCC can do to combat the issue that we receive the most complaints about. I believe closer coordination within the agency and between federal and state partners can help in addressing this consumer epidemic. Also, today’s cease and desist letters should serve as a warning sign to other entities that believe the FCC has turned a blind eye to this issue. We certainly haven’t and we’re coming for you.”

BREAKING: the companies flouting these robotext rules have issued a response to the FCC’s bold new plan.