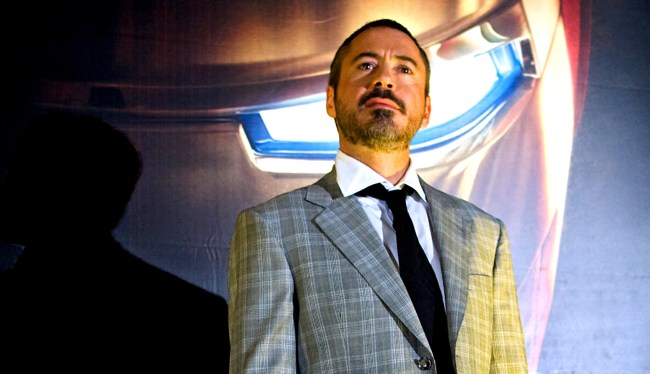 It’s been so long, and Marvel has since gone on to achieve such monumental success, it’s easy to forget that Robert Downey Jr. was still a risk before being cast in Iron Man.

It was just three years before the 2008 release of Iron Man that Woody Allen said he wanted to cast Downey in a film but couldn’t get insurance on him.

Also of note, the 10 most recent films Downey had starred in prior to Iron Man were Charlie Bartlett, Zodiac, Fur, A Scanner Darkly, The Shaggy Dog, A Guide to Recognizing Your Saints, Good Night and Good Luck, Kiss Kiss Bang Bang, Game 6, and Gothika. Not exactly a Murderer’s Row of films.

So when Marvel boss Kevin Feige decided to cast RDJ in the titular role he knew it was a bit of a risk – especially since if the film bombed it would reflect poorly on him in his new role as studio chief at the age of just 33 – plus the entire $5 billion Marvel Cinematic Universe never would have happened.

Speaking to students at the New York Film Academy recently, Feige said about the decision to cast Downey, “I remember speaking to the marketing team at Paramount, because Paramount released that [Iron Man], saying that if we did our job, Tony Stark will be as famous as Iron Man; Tony Stark will be as well known and as much of a household name as Iron Man because that’s how interesting the character has to be.

“Literally, the first decision I made and was allowed to make and allowed to try to pursue as President of Marvel Studios was casting Robert Downey Jr. and it felt fun to do that because we knew it’d either be great or the biggest dumpster fire ever. There’s very little wiggle room. It ended up being great and I’ve always said ‘No RDJ, no MCU.'”

Luckily, everything has seemed to work out pretty well for everyone involved.