The Health Secretary Says Fentanyl-Laced Marijuana Is A Real Concern, But Is It? 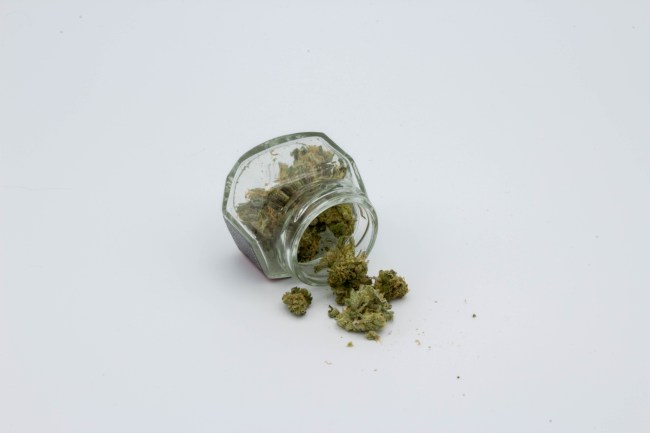 Although marijuana is now legal in a growing number of states, it remains an outlaw substance in most of the country. It is in those areas of prohibition where it is alleged that black market dope slingers have made it their mission to push pot laced with fentanyl to their customers. Despite the fact that there is no solid evidence supporting these claims, the federal government has taken it upon itself to spread these scare tactics.

Last week, Secretary of Health and Human Services Alex Azar told a group of students visiting the White House that marijuana is closely linked to the opioid epidemic. In response to a question regarding the dangers of pot in comparison to opioid medications, Azar said that drug dealers are doing everything they can right now to get people “hooked on opioids,” including an evil scheme to make weed more addictive.

Drug reformers consider this spreading of misinformation a last ditch effort to demonize marijuana before it takes hold in a manner that makes it the most socially accepted inebriant in the nation. Yet, the average cannabis user remains mostly in the dark about all of this fentanyl-laced weed business. Many are still unsure whether the threat is real or just the latest in anti-drug propaganda. Thankfully, there is some clarification.

There have been no confirmed cases of marijuana laced with fentanyl, according to the fact-checking website Snopes. Although a number of reports have surfaced over the past year suggesting that fentanyl-laced marijuana is on the rise, it turns out all of the horror stories were fictitious. In many cases, emergency responders and county coroners jumped the gun when blaming marijuana laced with fentanyl for drug overdoses. Ill-informed lawmakers are also responsible for perpetuating the myth.

Interestingly, lab testing in all of the jurisdictions previously thought to be ravaged by this supposed trend has yet to reveal any marijuana tainted with dangerous opioids.

Even the U.S. Drug Enforcement Administration admits that fentanyl-laced marijuana is not a legitimate concern. Last year, Melvin Patterson, a spokesperson for the DEA said, “In regard to marijuana, I’m not familiar with that,” when asked by the Cincinnati Enquirer about the fentanyl/marijuana combination.

The reason this drug mixture is not a hot commodity on the black market is simple – there is no real demand for such a product and it would also mean economic suicide for drug dealers.

“It doesn’t pass the common sense test,” longtime cannabis advocate Russ Belville wrote in his recent analysis of the situation. “People smoke weed because they don’t want to use a dangerous, addictive, knock-you-on-your-ass drug, they just want a mellow high. The first time they’d sample some opioid-laced weed and get way too knocked out, they’d not want to buy that weed again.

“The first time they hear of one of their friends dying after smoking some of that weed would be the beginning of the end of customers for that weed dealer,” he added.

So, why are White House officials spreading this lie?

It is no secret by now that the current administration is no friend to marijuana. Attorney General Jeff Sessions, who once professed that, “good people don’t smoke marijuana,” seems to be on a strategic out mission to turn the population against legalization. If he had his way, the country would travel back in time, returning to the days of Nancy Reagan’s “Just Say No” campaign. He even borrowed her infamous phrase last year when he told law enforcement agencies that marijuana was largely to blame for the opioid epidemic.

“I think we have too much of a tolerance for drug use ─ psychologically, politically, morally,” Sessions said. “We need to say, as Nancy Reagan said, ‘Just say no.”

Just last week, Sessions published a memo encouraging federal prosecutors to seek the death penalty in drug cases. He believes the threat of execution is the only way to put a leash on the opioid problem. But there is now speculation that the latest guidance could eventually be used to impose capital punishment on members of the legal cannabis trade. It could even be said that all of Sessions’ anti-drug movements over the past year is all part of his master plan to bring legal weed to a screeching halt across the United States.

As for the claims that marijuana is being laced with fentanyl, these stories will likely continue to surface. “Just because over two years of claiming there’s a flood of fentanyl-laced marijuana waiting to be unleashed on our nation’s children hasn’t made it come true, that doesn’t mean drug warriors are going to stop making the scary claim,” Belville wrote.