Fewer People Are Getting Tested for STDS These Days 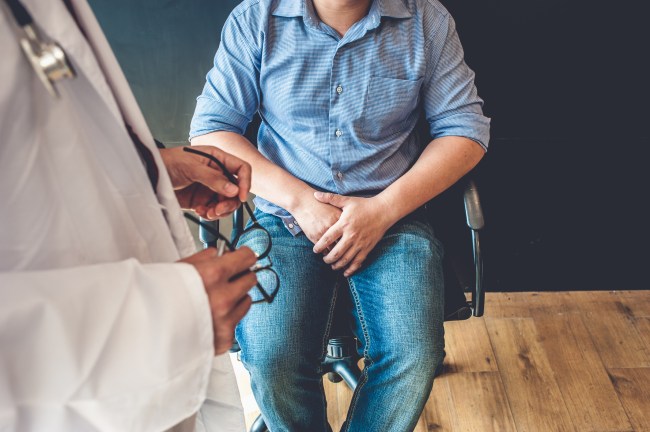 I don’t know if you guys have been paying much attention to what’s been unfolding out there in the rotten depths of uncivil society, but the world is kind of a muffed-up place right now. People are getting sick, sports are taking place without fans, everyone on the street looks like an evil supervillain, and the western part of the nation is on fire. There is no other way to describe it. This is hell on Earth. We can’t even so much as go out for a beer with our friends anymore without worrying about the possibility of having our lungs thrashed to the point of being strapped to life support. But what lies beneath all of the obstacles surrounding the great Crapocalypse of 2020 is something far more sinister than all of that. Come to find out, Americans are probably walking around with more sexually transmitted diseases than ever before.

While the nation used the pandemic as an excuse to delve into Rockstar levels of excess, not as many were looking after their sexual health. A new report from the Centers for Disease Control and Prevention (CDC) shows there are likely tens of thousands of people running around with sickly gennies. We’re not just talking about simple cases of the crabs — something that can be cured with an over the counter lotion – this is about a legion of Americans who do not realize that they have gonorrhea or chlamydia and they could really use some antibiotics right about now.

But it’s not just a blatant disregard for the drip that created this situation. In many ways, most of the undetected STDs are a direct result of the corona debacle. Loads of sexual health clinics were forced to close their doors back in February once jurisdictions began imposing lockdowns to try and thwart the virus. These closings also made it difficult for people to see their family doctors for coughing cojones, and the hospitals, well, they were all jammed up trying to keep the body count down.

STDs just haven’t been a priority for the past few months, which could end up having some savage repercussions in the future. But, I mean, the country was already heading into dark territory.

It was just earlier this year that the CDC came out to let everyone know that their promiscuous ways were getting the best of them. The latest Sexually Transmitted Disease Surveillance Report shows that 2.4 million people across the country have either syphilis, gonorrhea, or chlamydia.

That’s roughly 100,000 more cases than what was reported the previous year. Health experts say a shift in sexual education is to blame. They argue that slashing the funding for the CDC’s STD Prevention division has made it where there’s not enough buzz about the perils of engaging in unprotected sex. The situation could worsen, too, in the coming years, as there has been some discussion about getting rid of all sex education that doesn’t preach abstinence. Seriously, it’s 2020, and some lawmakers still believe the best way to combat high STD rates is to tell people not to have sex. Do you think they’re talking that trash to the lady of the evening who shows up at their hotel at 2 am? We’re all just animals programmed for that slap and tickle, so why fight it? Yet education is crucial for teaching the masses to protect themselves from the many afflictions below the belt.

Anyone who tests positive for an STD is most likely to have chlamydia, the surveillance report finds. This disease has made a wicked comeback over the past several years, and it remains at record highs to this day. Gonorrhea is also trending, followed by syphilis, which is also at the highest rate it has been since the early 1990s. Fortunately, all of these diseases can be treated with antibiotics.

But a person needs to be tested before any prescriptions can be doled out. A report from Politico indicates that while testing for STDS was down by 45% in April, the situation improved in June. Still, you might want to be extra careful when playing the field for a while. That stylish COVID mask might stop the Rona, but you had damn well better know that it’s no match for the Rhea.