Which Fictional Character Would Have The Best Podcast? Here Are Some Potential Shows That Would Be Instant Hits 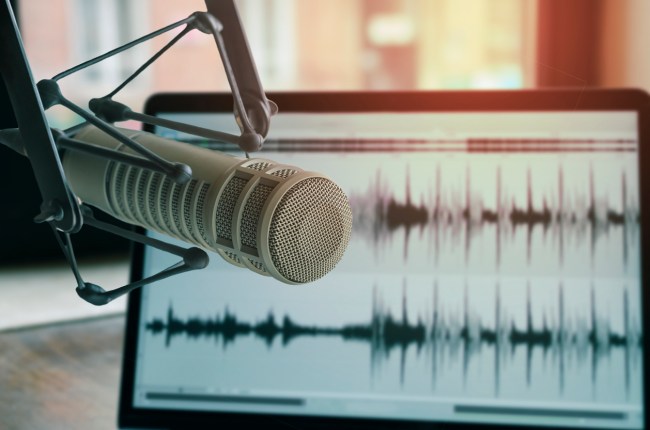 Everybody has a podcast these days.

I have one, your friends probably have them, and you yourself may even have several.

The podcast landscape has become saturated to the point that we’re running out of real-world people to host shows and have been forced to dip into the well of fictional characters to meet the yearly quota for new podcasts.

Recently, it was announced that Triumph The Insult Comic Dog, the canine puppet perched atop the hand of comedy genius Robert Smigel that made its debut on Late Night with Conan O’Brien back in the 90s, would be hosting his own podcast. 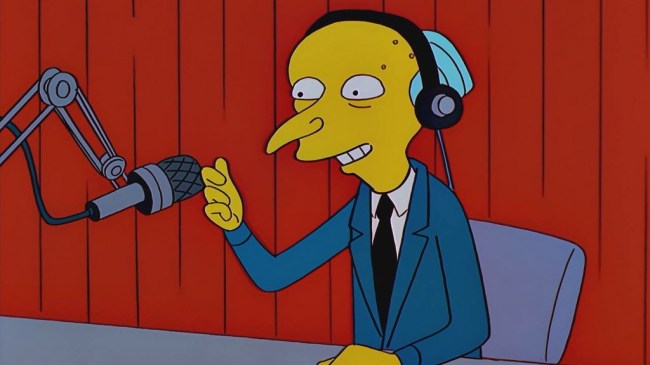 Springfield’s resident ill-willed millionaire is the perfect combination of eccentric and curmudgeonly to make a C. Montgomery Burns podcast required listening. How many other podcasters would be able to throw around words that haven’t been heard by human ears since nineteen aught four, like “crapulent,” “snollygoster,” or “supererogation?”

He’d even have a defacto sidekick in ever-present yes man Waylon Smithers.

The crazy thing is, that this idea could be executed pretty easily, as both characters are voiced by actor, comedian and radio vet, Harry Shearer.

So, let’s get this idea up and running, post haste! 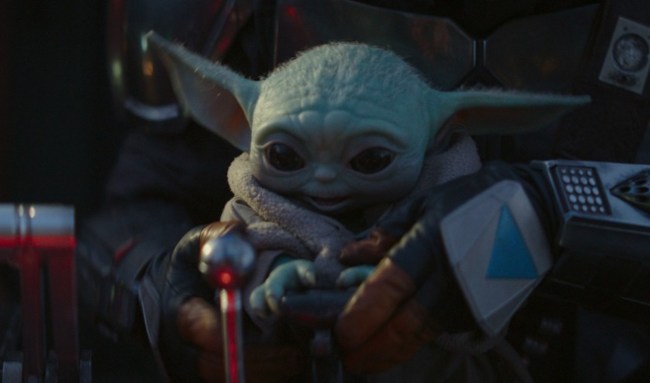 Strike while the iron is hot, that’s what I always say.

Aside from Jennifer Lopez, is there a hotter 50-year-old on this planet (or any other planet, for that matter) right now than Baby Yoda, A.K.A. “The Child” from Disney+’s hit series, The Mandalorian?

I think not. That’s why someone has to get that little green ball of cuteness behind a microphone.

What would he talk about? I have absolutely no clue. Probably not a whole helluva lot. I was just thinking that you’d have him do some cooing for about thirty-five minutes before shifting gears and hitting the audience with an ad read for a mail-order mattress.

People can’t get enough of Baby Yoda so there would be no shortage of guests clamoring to get on what no doubt become the biggest podcast in the galaxy. 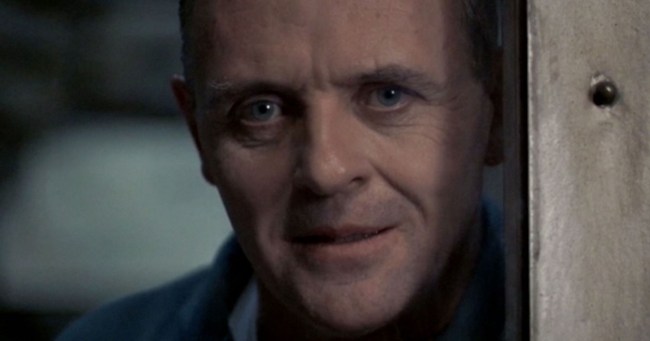 Murder podcasts are hugely popular these days. There’s something about a subject that dark that really intrigues the reptilian part of our brains.

So who better to host a podcast about murder than a renowned psychologist who is himself a convicted murderer?

I submit for your approval, The Hannibal Lecter Podcast.

Go ahead. I’ll give you a second to pick yourself up off the floor after I delivered an absolute howitzer of an idea like this one.

For each episode, you could have Dr. Lecter psycho-analyze a different serial killer. Or even just people off the street, which oddly enough, could end up being even more disturbing. 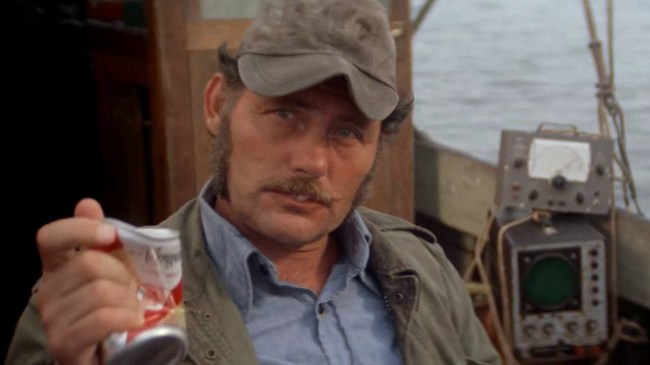 Robert Shaw, the legendary British actor who played the part of Quint in Steven Spielberg’s 1975 blockbuster, JAWS, has been dead for over forty years. So, while getting some new content from Amity’s greatest shark hunter, might be just a tad difficult, it would without a doubt become a hit.

That’s why each episode of this podcast (which I’m tentatively calling Quintcast) is nothing but Quint’s iconic monologue about the U.S.S. Indianapolis, which is inarguably the greatest monologue ever committed to film.

Wouldn’t people get tired of hearing the same content week after week; episode after episode? I don’t think so. That line of thinking hasn’t stopped most other podcasts doing exactly the same thing over and over again. Why should it stop Quint? 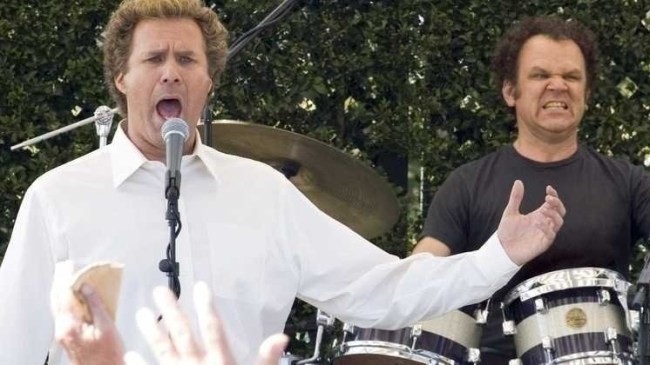 Since Will Ferrell has already dipped his toe into the podcast waters with The Ron Burgundy Podcast, why not jump all the way in and bring John C. Reilly along for the ride?

The two actors have an undeniable chemistry, and a podcast would be a great arena for the two to reprise their roles as the bickering step-brothers from Step Brothers.

While everyone still clamors for a sequel to the much-loved 2008 comedy, a podcast could be the next best thing to placate the masses.

I know I’d be waiting by my phone waiting for each episode to drop if I knew that I’d be hearing nothing but in-character riffing from Misters Ferrel and C. Reilly for an hour or so, and you probably would too. 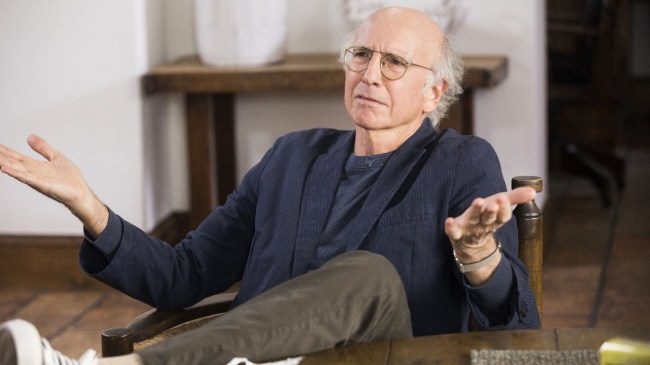 Alright. So, this is a bit of a technicality.

My sources tell me that Larry David is in fact a real person, but there should be a podcast hosted by the Larry David that we all know and love from HBO’s Curb Your Enthusiasm.

I’m thinking of a one-man show along the lines of Bill Burr’s Monday Morning Podcast, where Larry just complains about whatever it is Larry feels like complaining about. No one would have to worry about that source of content drying up; it’s limitless.

The first several episodes would probably wind up being Larry complaining about the podcast equipment or the fact that he’s doing a podcast in the first place. That’s the sort of meta-content that today’s audiences crave.

There would be advertisers lining up to showcase their wares, until they drop the show when Larry inevitably lets his true feelings shine through about them.